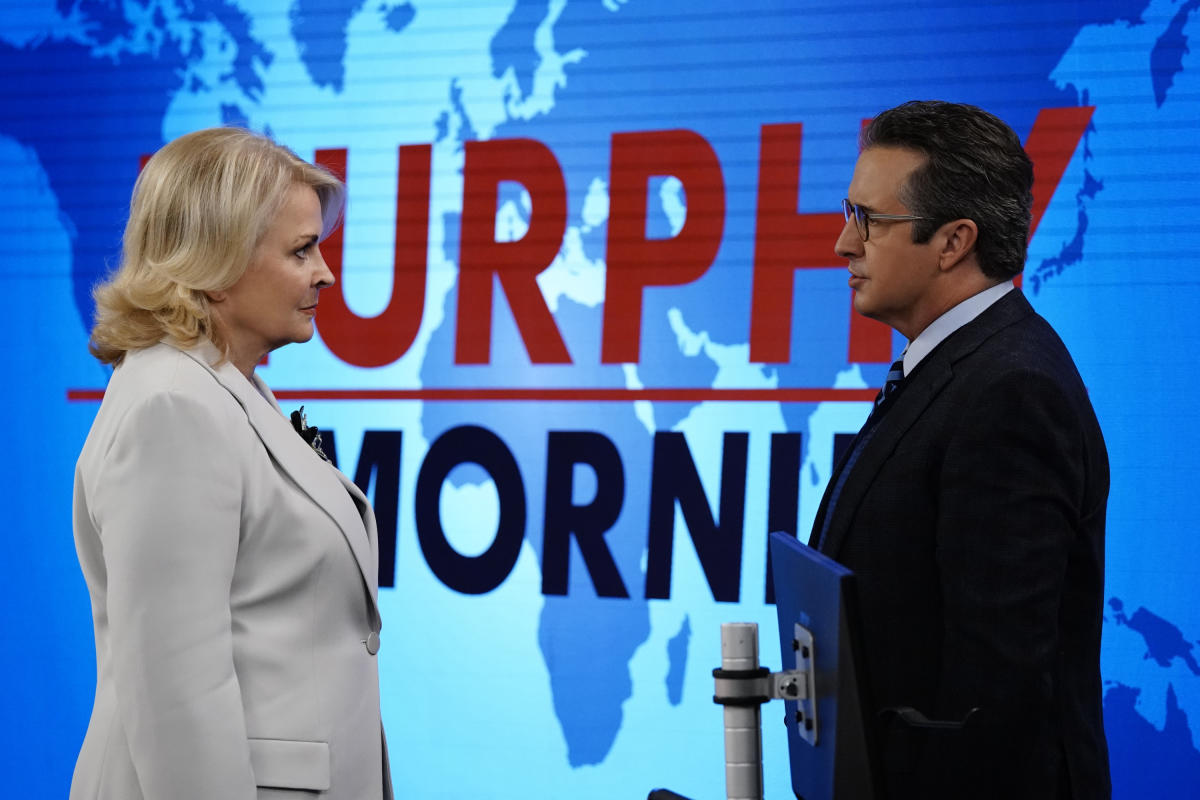 "Murphy Brown" is back, and star Candice Bergen said that it's all thanks to the 2016 presidential election. During an interview with CBSN's Vladimir Duthiers, Bergen said that there would be no "Murphy Brown" revival if Hillary Clinton were in office. She hinted that President Donald Trump serves as a sort of muse for the show.

"If the election had gone another way, if Hillary had been elected, there would have been no discussion about the show coming back, because in our mind, life would have been good, but then we talked — [show creator] Diane [English] once said to CBS when Sarah Palin was running with McCain, she said I just need six episodes," explained Bergen. "Then that petered out, but it was completely driven by the wealth of material that's being spewn out of the White House every day."

Bergen's co-star Grant Shaud, who plays executive producer Miles Silverberg, added, "I think our characters are coming from a place of, this is what got us here, this is what we believe in, this is what we're sticking with, whether — if we go down, it's going to be because we're driving the ship. I think Miles is here to help guide that, but everybody's already coming from that place anyway, where we want to maintain our objectivity, we want to tell the truth and let the chips fall where they may."

Bergen also warns that Murphy has not gotten any less tenacious over the years.

"She finally sneaks into the press room [of the White House] and we say, 'Why do you lie?'" she reveals. "We don't handle anything with kid gloves."

The actress makes no secret of the fact that "Murphy Brown" is very much grounded in present day and real news.

When Shaud says, "We have an episode where we wrestle with whether or not to put a particular person on the air," Bergen jumps in and says, "A Steve Bannon character, you know. Do we give them attention? Do we give him the chance to plug his book? … Then after we had shot the show, the New Yorker episode occurred where he was supposed to speak in front of a group for the New Yorker and then they canceled it because it was a dilemma, the debate."

She added that in order to write for the show, "You have to be hyper informed and really stay informed, because that's the basis of the show."

Brown and Shaud agreed that they're happy the cast has reunited; Shaud pointed out that cast members even once went on a ski trip together during the show's original run. But the reboot also has many new additions, including a rivalry between Murphy and her grown son who works as the "token liberal" on a conservative network.

"Her son is now 28 years old. He has his own news show and he's on the Wolf Network — so, Fox — and he's a competitor of Murphy's and they're on the show on opposing networks at the same time early in the morning, so they're competing with each other constantly," said Bergen. The actress said that the two are close, and it's a friendly rivalry, but they're still "very competitive."

"Murphy Brown" has also been ushered into the 21st century with its own social media adviser character — though neither Bergen nor Shaud is on Twitter.

"I'm very relieved not to be [on social media]," said Shaud when asked about potential backlash online.

But both Shaud and Bergen think the show will have something for people who fall on both sides of the spectrum.

"Diane English, who wrote 'Murphy Brown' and created the show — her family are all Trump supporters and Trump voters, so we don't want to drive people out of the tent," she said. "Everyone is welcome to watch the show, and does it have a liberal bent? Yeah, but everyone has a voice."

Shaud also added that a Trump-supporting family member of his came to see the "Murphy Brown" pilot, and said, "'I didn't see anything that Bob Hope didn't do.' Bob Hope would poke fun at political figures and stuff like that," explained Shaud.