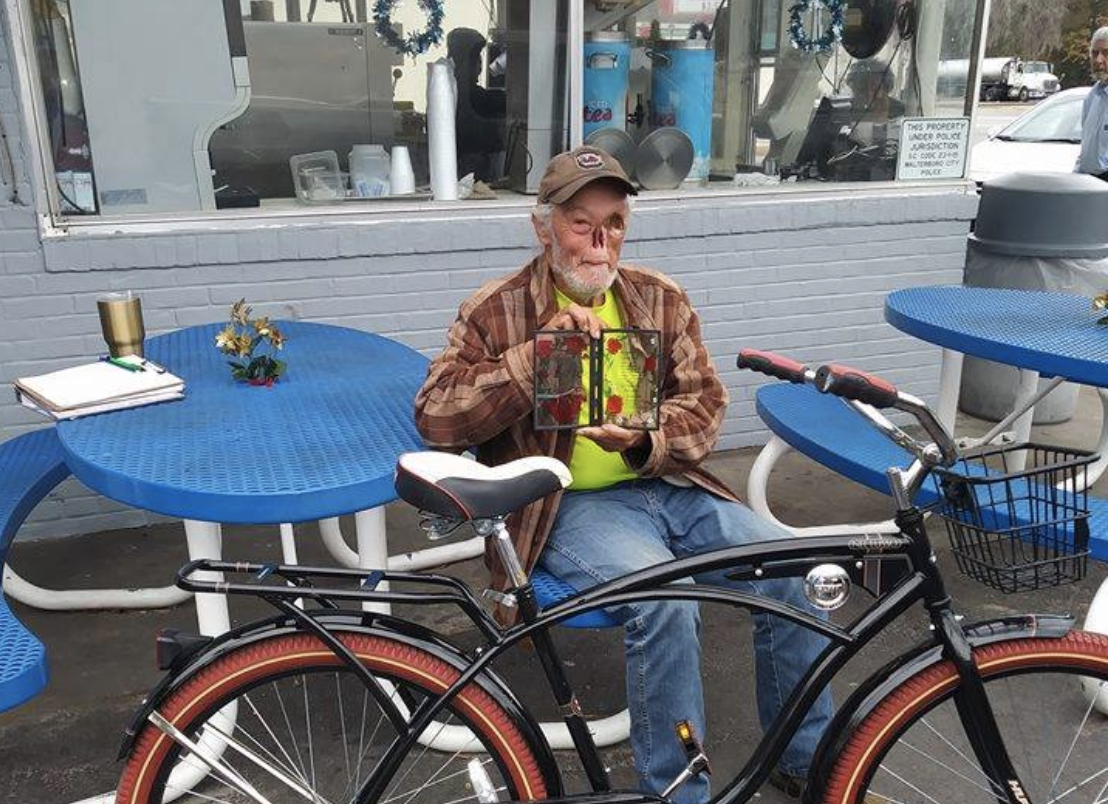 A cancer survivor says he was brought to tears after a store owner told him to cover his face or leave on Monday. Kirby Evans' daughter wrote a Facebook post about her dad's experience at Forks Pit Stop in Walterboro, South Carolina.

Brandy Evans says her dad went into the store to buy something to eat, but before he could grab a seat at a table, the owner "grabbed him by his shirt and pulled him into her office."

"She told him 'IF HE WAS GOING TO EAT IN HERE HE WOULD HAVE TO COVER HIS FACE!!,'" Brandy Evans wrote on Facebook. "He left and went home in tears to tell me what happened."

Evans says her dad is a cancer survivor and lost his left eye and nose during his battle with the disease. "My father was discriminated against because of the way he looks. He cannot help what the cancer did to him," she wrote.

Brandy Evans called her dad the strongest man she knows. "It hurt me to see him hurt like this, especially over something he cannot help. My father is also on a fixed income and can not afford the surgeries it would to take to fix... where his nose was," she wrote.

She calls out the store manager in the post. "Just so you know ... my father can not cover his face with an eye patch. It rubs the eye socket raw and where his nose was," Evans wrote. "It has to stay open."

Brandy Evans said the store owner, Donna Crosby, commented on the Facebook post and said in part, "I in no way tried to hurt your father ... I had no choice! It was running my customers off."

CBS News reached out to Crosby and has yet to hear back. Her husband told WCSC that she was emotionally upset and can't talk about what happened, but that the store is wrongfully accused.

Evans' Facebook post went viral and inspired her to create a GoFundMe page for her dad titled "Cancer does not discriminate." It has raised over $7,000 from 281 people in one day.

"I'm telling you what, I didn't know there's that many people out there that cared," the cancer survivor said. "But there are. They're out there. Everywhere."

Brandy Evans told WCSC that many local residents have rallied around her dad since hearing about the incident.

"It's really made me proud to watch everybody rally around him and let him know that he doesn't have to hide his battle scars," she said.