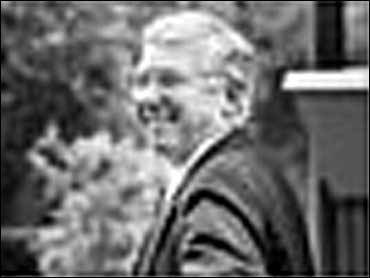 Gov. Parris Glendening underwent surgery Friday to remove a malignant melanoma from his scalp, a spokesman for the governor said.

The operation to remove the skin cancer was under way at noon at Johns Hopkins Hospital in Baltimore, spokesman Mike Morrill said.

"He was in great spirits yesterday. He was good spirits this morning when he went in," Morrill said Friday.

Melanoma is the fastest growing cancer in the United States. About 8,000 people in this country die from it every year, and almost 40,000 new cases are diagnosed each year. It claimed the life of Maureen Reagan, former President Reagan's older daughter, last year.

Glendening is in the last 11 months of his second term. He cannot run again because of term limits.

Just last month, Glendening married one of his deputy chiefs of staff. He and Jennifer Crawford, 35, were married Jan. 25 in a civil ceremony, followed by a small formal ceremony the day afterward.

Glendening's divorce from his second wife was final in November after nearly 25 years of marriage. His first marriage also ended in divorce.

By Tom Stuckey© MMII The Associated Press. All Rights Reserved. This material may not be published, broadcast, rewritten, or redistributed