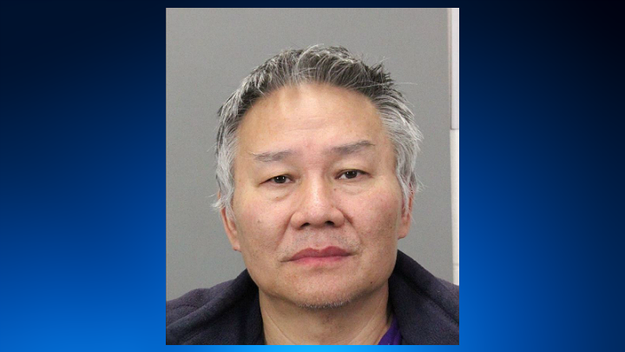 PALO ALTO -- A 58-year-old man with stage four cancer was arrested as he traveled to the Bay Area, allegedly to gun down three doctors who had treated him, reports CBS San Francisco.

According to investigators, the Visalia Police Department received a 911 call saying Chen was armed and headed to the Bay Area to kill three of his doctors because he was upset about his medical condition and the treatment he'd received.

Further investigation determined Chen had rented a car and was missing, along with his two legally-owned handguns.

Visalia police contacted multiple law enforcement agencies in the Bay Area that had jurisdiction over the work locations of the targeted doctors, as well as other doctors who had treated Chen.

Police also took precautions to identify the residences of those doctors, in case the suspect chose to target them there.

They also issued a bulletin to police agencies throughout the state to be on the lookout for the suspect.

On May 31 at about 7:48 p.m., the California Highway Patrol located and stopped Chen in San Jose. He was driving a red 2017 Nissan Rogue rental car, they say.

Chen was arrested without incident and taken to a hospital for treatment related to his medical condition.

Detectives say developed information that Chen likely had been intent on going to the doctors' homes to kill them.

Palo Alto police Lt. James Reifschneider said, "This guy was clearly set on violence. He was armed and ready to do it. … He felt as though his condition was worsening or certainly not improving, and he blamed these doctors for his plight."

When the suspect was discharged from the hospital, Palo Alto police took him into custody.