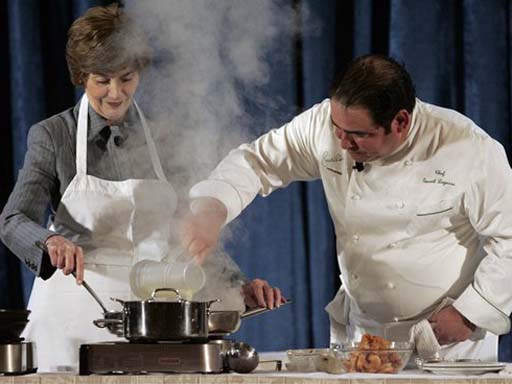 The prescription drug OxyContin, an opium derivative meant to be a painkiller for cancer patients, is being abused throughout much of the rural East, CBS News Correspondent Cynthia Bowers reports.

Kentucky police say about 200 people were arrested and charged this week in what they're calling largest drug raid in state history. All had allegedly been using or dealing OxyContin.

"OxyContin use in eastern Kentucky has reached almost epidemic proportions," said Sal Hernandez of the FBI.

Users say OxyContin, or Oxy, produces the most intense high they've ever felt. The drug was designed to bring long-lasting relief for the pain of cancer and other chronic disorders, but when crushed and inhaled or injected users get what they call a "killer" high.

Over the past two years, the drug has also become popular in parts of Ohio, Pennsylvania, West Virginia, Maryland and Maine, according to the U.S. Justice Department's National Drug Intelligence Center.

Last Thursday, authorities said that at least 28 people in Virginia had died from overdoses of OxyContin in the past two years, and medical officials said that number would easily double as coroners examine another 100 deaths.

U.S. Attorney Joseph Famularo, who helped lead the Kentucky bust, said he has studied autopsy reports and determined that the drug has caused 59 deaths in Kentucky alone. Famularo says people crush the pills into powder and snort it or inject it to get a euphoric high similar to that of heroin. It sells on the illegal drug market for up to $100 a pill.

"Even one death from abuse is a tragedy. My concern is that numbers sometimes take on a life of their own in a situation like this," said Dr. J. David Haddox, senior medical director for health policy for the company in Stamford, Conn. "I've not seen any data that those numbers are anywhere close to accurate."

In the recent drug roundup, police charged a nurse with stealing OxyContin from her hospital, said Capt. Danny Webb of the Kentucky State Police in Hazard. He said another suspect who worked in a doctor's office allegedly called in prescriptions for OxyContin to pharmacies and her husband would then pick up the pills.

In Ohio, two doctors were arrested recently in connection with OxyContin prescriptions while in Maine last year, 11 people were accused of obtaining OxyContin by forging prescriptions.

The drug has led to an increase in crime in eastern Kentucky, said Hazard Police Chief Rod Maggard. He estimates 90 percent of Hazard's thefts and burglaries are to get money to buy more pills.

Bad publicity is taking a toll on OxyContin. Some pharmacies are so afraid of being robbed they won't even carry the drug. And an Alabama lawmaker is drafting legislation that would ban its prescription except in cases of terminal cancer, which has Purdue Pharma on the offensive.

"As a physician, I am outraged that people would abuse this medication and impare the ability of legitimate patients to get access to it," Haddox of Purdue Pharma said.

In a detox center in Ashland, about 75 percent of the patients treated over the past 18 months have used OxyContin, said Bill Stewart. Stewart, a regional mental health agency supervisor, says the drug's withdrawal symptoms involve nausea, diarrhea and severe stomach cramps. "People very much want to go back to use again, instead of suffering through withdrawal," Stewart said.

Traditionally, Stewart said, drugs like crack cocaine and heroin arrived in Kentucky long after they became popular in urban centers like New York, Miami or Los Angeles. "But we seem to have caught on real fast to this drug," he said.

Police believe people in the region are more likely to abuse prescription medications because they are more readily available than illicit drugs like cocaine and heroin and carry less of a social stigma.

The Kentucky bust wasn't the state's first encounter with the drug. Last May, 10, people were charged with running a drug operation out of a rural home that police say was nearly as busy as a local fast-food restaurant's drive-through window. OxyContin was among the drugs they allegedly offered for sale.

Police saw more than 59,000 vehicles pull up to the home during a five-month period last year. Investigators say as many as 600 were seen in the driveway in one day.

"I'd love to be able to put an end this problem," said Britt Lewis, administrator of a medical clinic in Harlan. "There's too many people dying."