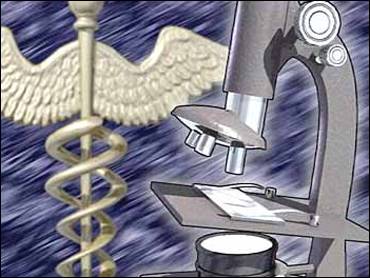 The combination of the drug, Hycamtin, and cisplatin is the first drug treatment for women for whom surgery or radiation therapy is unlikely to be effective against cervical cancer that's incurable, recurrent or persistent and has spread to other organs, the Food and Drug Administration said.

The drug treatment is not a cure, but can provide a life-prolonging option for women. In clinical trials involving 293 women, patients who received Hycamtin and cisplatin survived a little more than nine months, about three months longer than those on cisplatin alone.

Hycamtin works by damaging the genetic material contained in cancer cells and killing them as they divide.

Patients on the drug face a significant risk of a drop in their white blood counts, which can leave them vulnerable to infection. Other side effects include a decrease in blood platelets, which can lead to excessive bleeding and anemia.

Meghan Markle, Duchess of Sussex, tells Oprah Winfrey in an exclusive interview on CBS that the royal family had discussions about her son's potential skin color while she was pregnant. See more here.