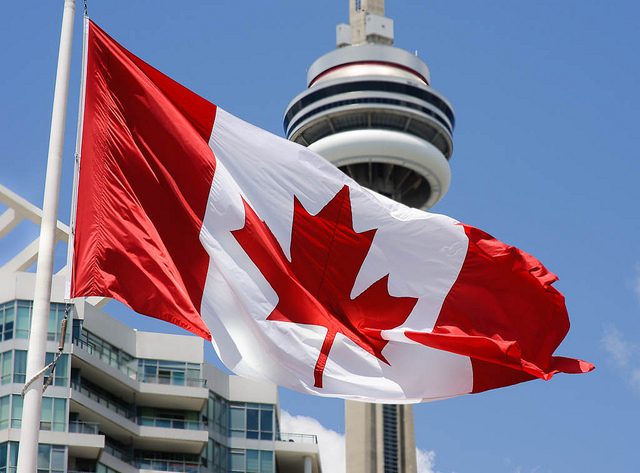 TORONTO - Canada pulled out of the Kyoto Protocol on climate change Monday, saying the accord won't help solve the climate crisis. It dealt a blow to the anti-global warming treaty, which has not been formally renounced by any other country.

Environment Minister Peter Kent said that Canada is invoking its legal right to withdraw and said Kyoto doesn't represent the way forward for Canada or the world.

Canada, joined by Japan and Russia, said last year it will not accept new Kyoto commitments, but withdrawing from the accord is another setback to the treaty concluded with much fanfare in 1997.

The protocol, initially adopted in Kyoto, Japan, in 1997, is aimed at fighting global warming. Canada's previous Liberal government signed the accord but did little to implement it and Prime Minister Stephen Harper's Conservative government never embraced it.

"The Kyoto Protocol does not cover the world's largest two emitters, United States and China, and therefore cannot work," Kent said. "It's now clear that Kyoto is not the path forward to a global solution to climate change. If anything it's an impediment."

Kent's announcement comes a day after marathon climate talks wrapped up in the South African port city of Durban.

Negotiators from nearly 200 countries agreed on a deal that sets the world on a path to sign a new climate treaty by 2015 to replace the first Kyoto Protocol, which expires at the end of next year.

Kent said the Durban agreement does represent a path forward. Durban's accord envisions a new treaty with binding targets for all countries to take effect in 2020.

"It allows us to continue to create jobs and growth in Canada," Kent said.

Monday's announcement was not a surprise. Canada faced international criticism at the recent climate talks in South Africa amid reports it would pull out of Kyoto. Kent had said previously that signing the Kyoto Protocol on climate change was one of the previous government's biggest blunders.

The accord requires countries to give a year's notice to withdraw. Kent said the move saves Canada $14 billion in penalties for not achieving its Kyoto targets.

"To meet the targets under Kyoto for 2012 would be the equivalent of either removing every car, truck, ATV, tractor, ambulance, police car and vehicle of every kind from Canadian roads or closing down the entire farming and agriculture sector and cutting heat to every home, office, hospital, factory and building in Canada," Kent said.

Harper's Conservative government is reluctant to hurt Canada's booming oil sands sector, which is the country's fastest growing source of greenhouse gases and a reason it has reneged on its Kyoto commitments.

Canada has the world's third-largest oil reserves, more than 170 billion barrels. Daily production of 1.5 million barrels from the oil sands is expected to increase to 3.7 million in 2025. Only Saudi Arabia and Venezuela have more reserves. But critics say the enormous amount of energy and water needed in the extraction process increases greenhouse gas emissions.

Kent said Canada produces "barely 2 percent" of global emissions and said the previous Liberal government signed onto Kyoto in 1997 without any intention of meeting its targets.

He said the Kyoto Protocol originally covered countries generating less than 30 percent of global emissions and now it covers just 13 percent. He said Canada is committed to addressing climate change in a way that's fair. Canada insists any agreement has to cover all nations.

He said he would not be surprised if other countries follow Canada in pulling out of Kyoto.

Kent's announcement drew immediate criticism from environmental groups. Mike Hudema of Greenpeace Canada said in a statement that it is further signal that the Harper government is more concerned about protecting polluters than people.

Hannah McKinnon of the Climate Action Network Canada said formally withdrawing from Kyoto after the Durban, South Africa conference is a slap in the face of the international community.

"It's a total abdication of our responsibilities," McKinnon said.

Opposition New Democrat lawmaker Megan Leslie disputed the dollar figures involved and said there are no penalties under Kyoto. Leslie said pulling out saves the Conservatives from having to report that Canada is falling short of its Kyoto targets.

"It's like we're the kid in school who knows they're gonna fail the class, so we have to drop it before that actually happens," Leslie said.

Scientists say that if levels of greenhouse gases continue to rise, eventually the world's climate will reach a tipping point, with irreversible melting of some ice sheets and a several-foot(meter) rise in sea levels.

They cannot pinpoint exactly when that would happen, but the two-decade-long climate negotiations have been focused on preventing global temperatures from rising more than 2 degrees Fahrenheit (1.2 degrees Celsius) above current levels by the end of this century.