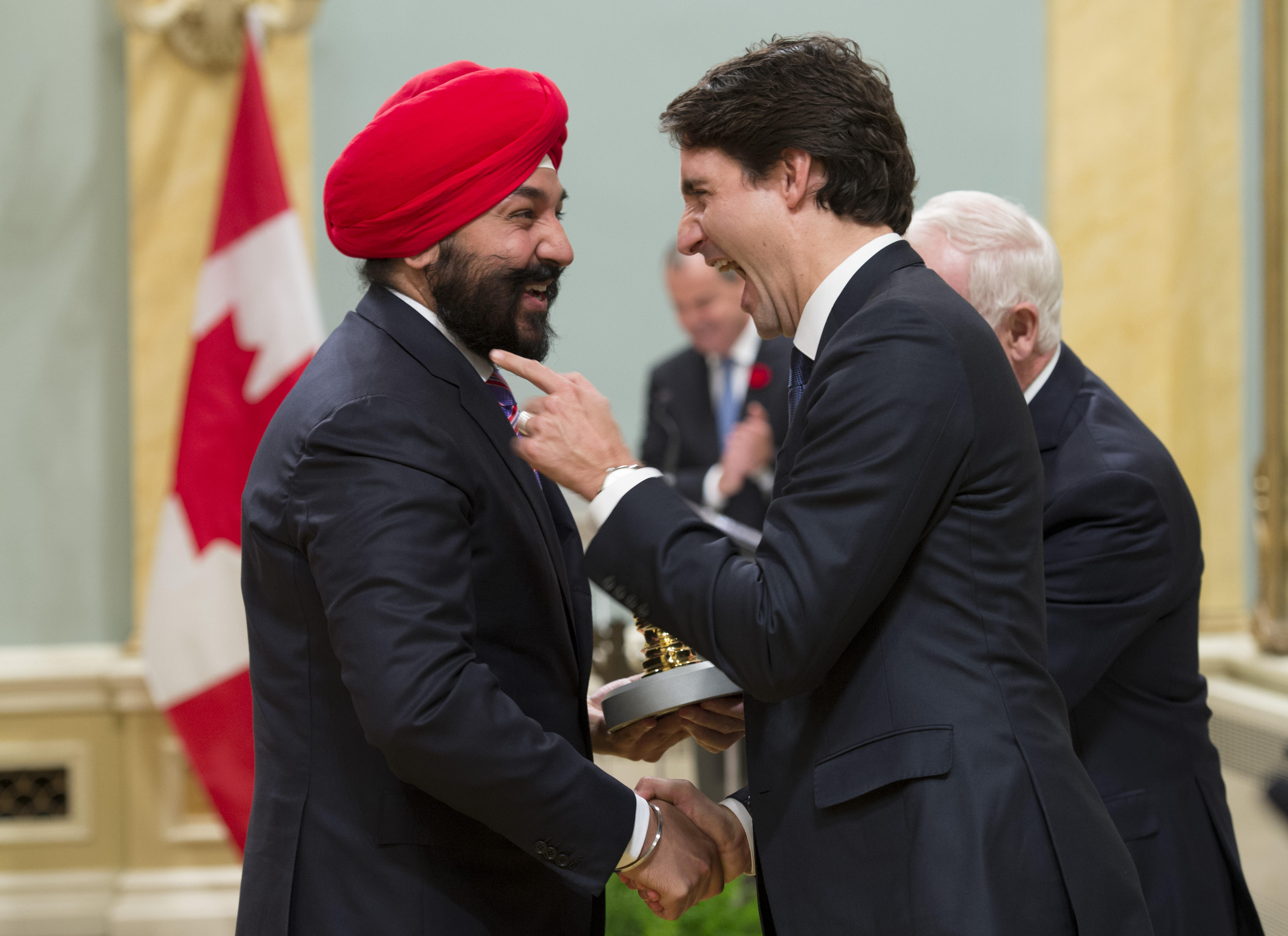 TORONTO -- A Canadian Cabinet minister said Thursday he was subject to a discriminatory security check at Detroit's airport that caused Canada to complain to U.S. government officials. Minister of Innovation, Science and Economic Development Navdeep Bains he was asked to remove his turban at Detroit Metro Airport on his way back to Canada last year.

He said there were challenges with the swab machine and he was recalled from the gate and brought back to security where he was asked to take the turban off. He said when they realized who he was they allowed him to travel and not take it off. Bains complained to Canada's foreign minister who then complained to U.S. officials.

He said U.S. officials expressed regret and apologized and he's accepted the apology.

"I was very frustrated and disappointed that this occurred but ultimately I was allowed to fly," Bains said. "But it was because of who I was and that should not be the case. It doesn't matter what your status is and what your position is."

Bains said it's the first time he's been asked to take his turban off while travelling in the U.S. In the Sikh religion men are required to wear the turban.

Mike England, a spokesman for the U.S. Transportation Security Administration, said closed-circuit video was reviewed and said the officer conducting the screening did not follow standard operating procedures and has received additional training.

"We regret the screening experience did not meet the expectations of Mr. Bains," he said in an email.

But England said security does have the right to search headwear.

"All persons wearing head coverings may be subject to additional security screening, which may include an officer-conducted or self-conducted pat-down. TSA does this to ensure that prohibited items or weapons are not concealed beneath any type of clothing and brought onto an aircraft. This policy covers all headwear and is not directed at any one particular item or group," he said.

"We recognize that passengers may be unable or unwilling to remove items for religious, medical, or other reasons, and should expect to undergo additional screening protocols."