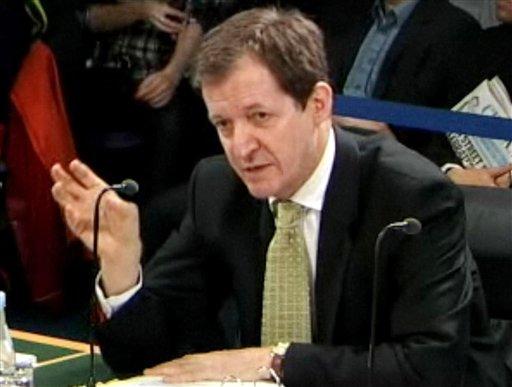 Even though the odds are against it, it is possible for your dog, cat, bird, or reptile to transmit a disease to you or another family member.

Zoonotic diseases are those that people can get from animals. Probably the most recognizable and dangerous example is rabies. While there are literally thousands of these kinds of diseases, transmission is quite rare, and a little prevention and information will virtually eliminate the possibility of getting sick from your pet.

The Early Show resident veterinarian Debbye Turner explains some of the more common zoonotic diseases and how to avoid them.

Here are some commonly passed diseases:

Description: This is probably the most common and important zoonotic disease. Rabies is a fatal virus that affects the nervous system. Early signs are fever or headache, but quickly become more serious such as confusion, sleepiness, or agitation.

How It's Passed: Spread by an animal bite, humans are more likely to be infected with the rabies by a wild or poorly cared for animal, rather than a household pet. This is one of the many reasons all pets should be current on all vaccinations. Also, anytime you suspect you have been exposed to rabies, immediately seek medical assistance.

How To Avoid: The CDC suggests a number of things, including keeping up to date with vaccinations for your pets, supervising your children and pets so they do not come in contact with wild animals, and never adopting or nursing sick (wild) animals.

Description: Commonly known as Cat Scratch Disease, bartonellosis is a bacteria carried by fleas that infest cats. Symptoms include swollen lymph nodes, fever, headache, fatigue, and a poor appetite. This bacterial infection is particularly dangerous to immuno-suppressed people such as those undergoing treatment for cancer; those with HIV; or organ transplant recipients.

How It's Passed: Most people get CSD through cat bites and scratches.

How To Avoid: The CDC suggest washing cat bites and scratches immediately and controlling fleas.

Description: Ringworm is a fungus that affects the skin. Symptoms are reddened, itchy circular lesions on the skin.

How It's Passed: Typically, it is carried on the coats of dogs and cats, specifically puppies and kittens. Humans are infected through direct contact with an infected animal. It is not considered dangerous.

How To Avoid: Good hygiene is the key to preventing this disease.

Description: Toxoplasmosis is a disease caused by a parasite in cats. Most people who get this do not get very sick (just suffer from some flu-like symptoms), but women who are pregnant (or are thinking of becoming pregnant) need to be careful, as this can affect the fetus.

How It's Passed: The parasite, called Toxoplasma, is not directly passed from the cat to a human, but through cat feces.

How To Avoid: While some obstetricians recommend that pregnant women get rid of their cats all together, Turner says that this is not necessary, as long as the women avoid eating and handling raw or undercooked meat, as well emptying the cat's litter box and contents.

Description: Roundworm is an intestinal parasite found in dogs and cats. According to the CDC, as many as 10,000 cases of roundworm occur each year in humans. Puppies can contract roundworm from their mothers through the placenta, or from nursing. Kittens can be infected by their mothers only through nursing.

How It's Passed: Generally, roundworm is passed through an infected animal's stool. A human would come in contact with it by accidentally ingesting the parasite through soil or other contaminated surfaces. Once in the body, roundworm produces larva, which spreads to different parts of the body and cause tissue reaction, irritation and scarring. Most typically they migrate to the eye, brain, liver and lungs.

How to Avoid: Young children, who are more likely to play outside in the dirt, are most at risk of getting roundworm. One study found that after just one week of not picking up dog feces in a backyard, the yard contained 20,545,459 toxocara (roundworm) canis eggs, and the soil remained contaminated for five years. The CDC recommends having your pet treated for worms regularly, washing yours and your children's hands (especially before eating), cleaning your pets' living areas a least once a week, and not allowing children to play in areas of the yard soiled by your pet.

There are two other intestinal parasites: Hookworm, which also are found in animal stool, and Tapeworm, which is spread by swallowing an infected flea. The symptoms are similar to the ones describing roundworm.

Description: Bacteria found in the feces of exotic pet birds, such as parrots, cockatoos, and lorikeets. Signs your bird might be suffering from chlamydiosis are depression, difficulty breathing, and diarrhea.

How It's Passed: Humans are infected by inhaling dried secretions from infected birds. Symptoms in humans are usually inflammation of the eye. However, since 1996, there are fewer than 50 cases "reported" each year (from CDC).

How To Avoid: The best precaution against human transmission is to clean a bird's environment regularly with appropriate disinfectants, wearing gloves while doing so, and thoroughly washing your hands afterwards.

Description: Salmonellosis is a bacterial disease, caused by the bacterium Salmonella. Most commonly, the bacteria is contracted through undercooked, infected meat. However, pets can pass the disease as well. Symptoms include diarrhea, fever, and stomach pain, usually lasting about a week.

How It's Passed: While Salmonella is present in cats and dogs, there are no reported cases of humans contracting Salmonellosis from cats. There is a high concentration of Salmonella in the feces of reptiles (snakes, turtles, lizards). Humans are most likely to get Salmonellosis from poorly prepared food than their pet.

How To Avoid: Wash you hands after contact with either feces or your reptile.

The steps are fairly simple to keep you and your family safe from these diseases: Bottom line is to practice good hygiene and attentive preventive medicine with your pets.

The following are Turner's tips: