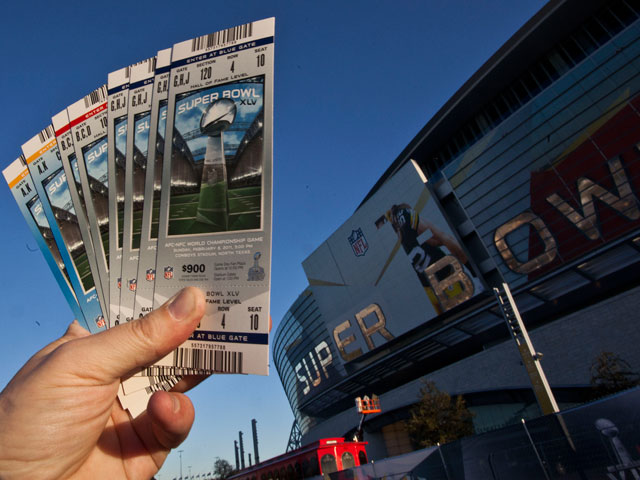 One day walking up Park Avenue, I had one of those New York moments. I recognized someone famous and it turned out to be NFL Commissioner Roger Goodell. I said, "Hello, Commissioner Goodell" and he smiled and said hello back.

When I shared this with a buddy, he asked, "Why didn't you ask for tickets to a game?"

That would be a little presumptuous for such a brief encounter on the street. But I do wish I had asked how I could get Super Bowl tickets.

During the playoffs, friends who rooted for the Jets were suddenly contacting me and requesting tickets for the Super Bowl. I work for CBS, not the NFL. I can't even get tickets for March Madness.

I am not a season ticket holder for any NFL team. I don't really enjoy going to pro football games live - too much trouble, money and people. I already have a great seat in front of a large flat screen with no long lines for the bathroom.

But I do have a sports bucket list that includes going to the World Series, the Olympics and the SuperBowl.

Visa has been airing a commercial promoting the "Visa Fan For Life" - giving one fan "the ultimate sports experience with a trip to the Super Bowl for the rest of their life." The piece shows four friends who have been to every NFL Championship and sharing their favorite games. They call themselves the "Never Miss A Super Bowl Club."

Then there are the hotels, the food, the plane fare, the car rental and everything else. Now if you

purchased tickets from the NFL Ticket Exchange, the average ticket sold is going for $3,560 - too rich for my wallet. The last time I could afford seats was probably for Super Bowl XXVIII. Then the highest price was only $175.

Perhaps I should stop going to Starbucks for a few years. That way I could save my money and go to Super Bowl XLVIII at the New Meadowlands Stadium in New Jersey in 2014. I won't need airfare, a hotel or rental car. I could take mass transit to the game. But I would have to wear five layers of clothing in the freezing cold and deal with corporate fans who can afford game.