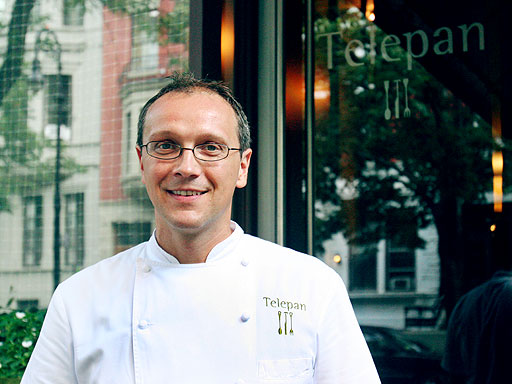 (CBS) Bill Telepan may have gotten three stars from the New York Times for his cooking, but now the 44-year-old is trying to impress an even tougher clientele - New York City school kids.

Telepan is the executive chef of Wellness in the Schools (WITS), a non-profit working to make school meals fresher and healthier.

"I think there are a lot of kids out there that don't have the opportunity to eat this way," Telepan says, speaking of the fresh food you might find at his self-named restaurant. "They get their free meals from school and I want to give them a chance to eat better and learn how to eat better. That's really important to me."

Wellness in the Schools is currently helping eight city schools make over their menus and hopes to reach another 20 by next year. Celebrity chefs like Marcus Samuelson are pitching in to train school kitchen staff to make veggie chili, Asian-style roasted chicken and barbecue chicken with homemade sauce.

It's a far cry from tater tots.

In the spirit of the program, CBS News asked Telepan to create a healthy make-over of one of his most popular dishes - pea carbonara. Telepan says it's one of his daughter's favorites and kid approved.

And at only 323 calories, it's waist line approved too.

GET THE RECIPE HERE