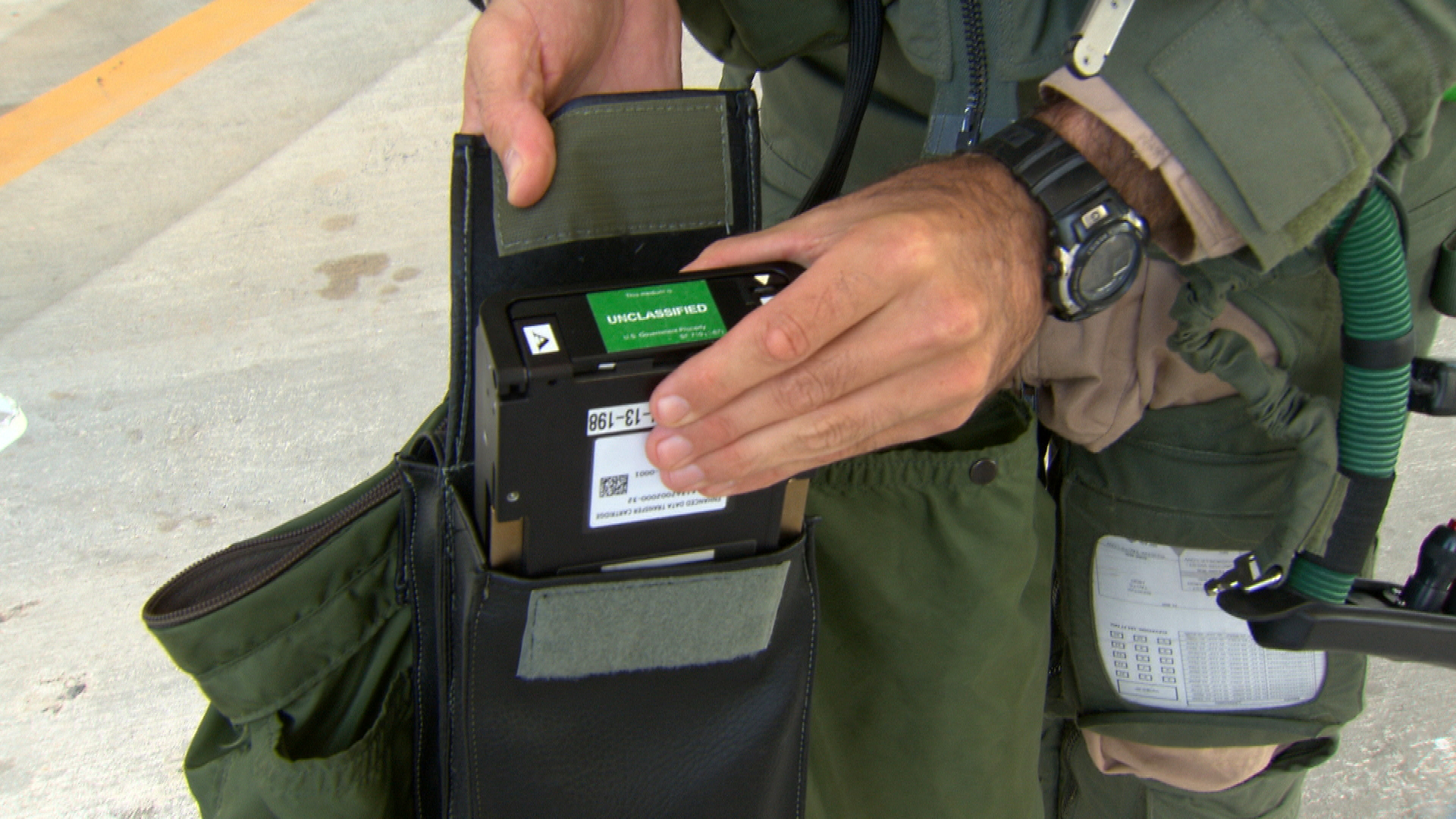 This week on 60 Minutes, correspondent David Martin tried on the $500,000 helmet designed for the new and controversial F-35 jet fighter.

The F-35 is the Pentagon's newest warplane and its most expensive weapons system ever. The helmet of the F-35 is what this this plane is all about, says Martin. It's part of a complex, computer-driven system that will give U.S. fighter pilots a whole new level of capabilities when the plane enters the American fleet in the coming years.

Lt. General Chris Bogden, the man in charge of the new F-35 Joint Strike Fighter, describes the helmet as "what you see in a 'Star Wars' movie."

As David Martin reports in the above video, the F-35 and her sophisticated helmet is run by a computer named "ALIS."

"She looks basically like a laptop computer, and the pilot carries it out to the plane and sticks it in a slot right next to him in the cockpit. That contains all the information about the mission he's gonna fly," says Martin. "The servers which run all of this software take up a room about the size of a shipping container."

Alan Norman, the chief F-35 test pilot for Lockheed Martin compared ALIS to R2-D2, the droid that helped Luke Skywalker fly the X-wing fighter in "Star Wars": "Right now, to me, this is the ultimate in human-machine interaction," Norman said.

But ALIS has some problems, such as her resistance to human overrides (think Hal from "2001: A Space Odyssey"). The other potential problem is security.

"This is a juicy, juicy target for a hacker," says Martin. "If your adversary can hack into all that software that's running [the mission], then they've essentially defeated the plane." All without firing a bullet.

Watch the above video feature to learn more about ALIS from correspondent David Martin and his sources in the U.S. military.