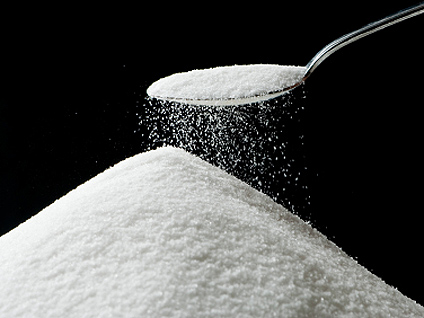 There's renewed debate about the health effects of sugar on millions of Americans.

A controversial New York Times Sunday magazine cover story proposes that sugar may be toxic. It even suggests that sugar is as dangerous as cigarettes and alcohol.

But how much, exactly, might be too much? And does the source of the sugar matter?

"That's really the question," CBS News Medical Correspondent Dr. Jennifer Ashton explained on "The Early Show" Monday. "How much are we actually getting? ... For an average person, (the recommended daily allowance of sugar is) about six-to-nine teaspoons of sugar a day. How much are we getting? Over twice that amount. And the estimates now are that the average American is consuming about 90 pounds of sugar a year. And it comes in all forms. So, the high fructose corn syrup, sucrose, fructose, all of those forms, the potential theory is it does the same damage to the cells of our body."

The piece says obesity is only one health woe sugar can play a part in.

"It may, in fact, be the tip of the iceberg," Ashton observed to co-anchor Erica Hill. "Let me explain to you what happens to our bodies internally when we consume anything with sugar in it. Immediately, it stimulates our pancreas to release insulin. It also stimulates the liver. And we know that a lot of sugar that's not burned immediately as fuel gets turned into fat. What happens, is over an amount of time and years, and we don't know how much sugar and how much time, the pancreas can get worn out, it can lead to diabetes. There's also, though, new research that suggests that insulin really works as a growth factor to trigger and stimulate and feed and nourish tumor cells, and therefore, (is) implicated in cancer."

So, what are some ways to cut sugar intake?

"I think," Ashton replied, "when you're talking about reducing it, you're talking really about retraining the American taste bud. And it's really everything from, when you're baking, you want to use half the amount of sugar if possible. You want to substitute with things like fresh fruit. Or enhance it with things like spices. And again, this is a gradual process. You have to start early."

Ashton says, in her house, artificial sweeteners aren't used as sugar substitutes, but "anything from, when you're talking about children to adults, you want to really shift away from eating all of that sugar every day.

"We have to say, The Sugar Association says the verdict is not in (so does the Corn Refiners Association).

"There still needs to be a lot more research, because it's absolutely not conclusive that sugar is all bad."