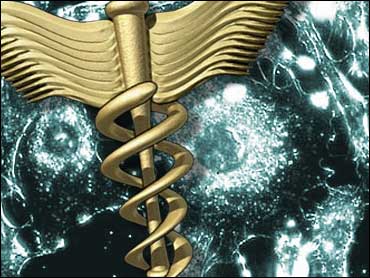 The smallpox vaccine may be reborn — as a cancer treatment.

Scientists are rigging up the vaccine to carry an extra load, genes that signal the immune system to start fighting advanced tumors.

Why use such a risky vaccine to do that job? The same super-reactive characteristics that make smallpox inoculation prone to some bad, occasionally deadly, side effects are, as the altered shots' creator puts it, "an immunologist's dream." They may rev up an immune system that too often misses cancer.

Although still in very early stages of research, the smallpox-turned-cancer shots look promising. They're the latest in a long quest to create immune-harnessing vaccines to attack cancer.

"We're not there yet," cautions Jeffrey Schlom of the National Cancer Institute, a specialist on cancer-treating vaccines who created the smallpox vaccine-based approach. "But we're getting there."

Despite the name, most so-called cancer vaccines don't aim to prevent tumors. These are not classic inoculations like the flu shot or even regular smallpox vaccine, which teach the body to recognize and subdue an invading virus or germ, preventing illness.

The immune system doesn't always recognize cancer as something to attack, because tumors are made up of your own cells gone bad, not foreign germs. The hope with therapeutic cancer vaccines is to train powerful immune-system T cells to more easily spot and attack malignant cells.

More than a dozen Phase 3 studies — the most advanced testing — of first-generation vaccines are under way. Most involve making patients custom shots using their own tumor cells mixed with immunity-boosting chemicals. Researchers frequently see a handful of people whose cancer dramatically shrinks, even disappears, for at least a while.

Enter smallpox vaccine. Schlom thought it could prove a good cancer-fighting platform because it's made with live vaccinia virus, a smallpox relative that's so large that adding different genes into it is fairly easy. Also, it's highly reactive, quickly causing a distinctive, infectious pustule that clearly signals a stimulated immune system.

Schlom took a vaccinia version engineered to be milder than today's smallpox vaccine, which can occasionally cause deadly side effects. He added to it a gene that makes an antigen, or marker, called CEA that's found on many colon, pancreatic, lung and breast cancer cells. Because people become immune to vaccinia quickly, he created booster shots made with a less reactive vaccinia relative called fowlpox. And he added three immune-boosting molecules to the mix, calling it Tricom.

Injecting the altered smallpox vaccine plus boosters every few months significantly increased survival of half the patients in the first, small experiment at Georgetown University.

One patient saw her lung cancer disappear, and others who were expected to die within the year instead lived two years and counting.

Jeannette DuBose Williams of Alexandra, Va., is one of them. After three surgeries, radiation and chemotherapy, she had run out of options to battle advanced colon cancer that had spread into her pelvis. Today, after 2@1/2 years of Tricom shots, her cancer is still there — but it hasn't grown, and she feels healthy, spending her days golfing and visiting grandchildren.

"Cancer may be one thing you're not going to cure, but maybe you can keep it in check," says Williams, 72. "I don't know what this live virus is doing inside of me but ... I'm very grateful."

So far, none of the 400 cancer patients who have received some version of a smallpox-based shot have suffered serious side effects. That's possibly due to the milder vaccinia, and possibly because too few people have been vaccinated to count rare problems

but studies are moving slowly as researchers carefully watch for side effects.

It's way too early to know if pox-based cancer vaccines will prove truly helpful. Specialists won't even speculate on how soon more advanced testing of older, first-generation cancer vaccines might prove which ones are really useful — the field is littered with setbacks.