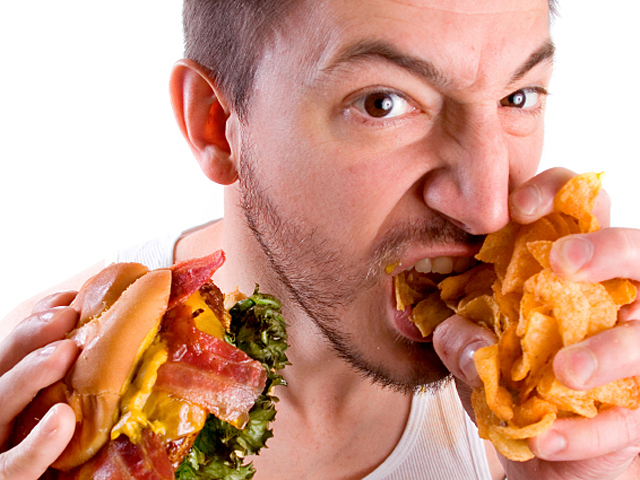 New research shows that people with addictive eating behaviors have brain activity that is similar to people with drug or alcohol addictions - all the more important in light of statistics showing two-thirds of Americans are either obese or overweight.

CBS News Medical Correspondent Dr. Jennifer Ashton explained on "The Early Show" Tuesday that, "Researchers at Yale, where this small study was done, were really seeking to look at the two questions here of biology and psychology, and how they may interact with the condition of obesity.

"So what they did is they looked at 39 women. They devised what they called a food addiction score questionnaire -- asked them about their behaviors and their responses to food, scored them high or low, then put them in a functional MRI, which really looks at our brain's activity, areas of the brain that light up when they get activated.

"(They) showed them pictures of a ... chocolate milk shake, and then the very unappetizing saliva-like solution, a glass of it. And really looked at where their brains lit up.

"What they found was the people who had the high activation score when they looked at the chocolate milk shake, the area in their brain known as the rewards center, really lit up.

"When they actually consumed the milk shake," Ashton continued, "what they found was the areas in their brain that are responsible for our inhibition control to tell us, 'OK, slow down,' that's the part that really got stimulated. So, again, this all really is ongoing research about how our brains react to reward and fulfillment of that reward.

Interestingly, Ashton noted, the study "didn't find any correlation between body mass index and these high food activation or addiction scales. So, again, this doesn't necessarily mean that, if you have this area in your brain light up to food stimulus, that you're gonna be obese. And we have to remember, not all addicted behaviors are necessarily bad for you. People can be addicted to exercise and that's not always a bad thing."

How can you tell if you're a possible food addict?

To try to control the overeating, Ashton says, "The key is to know what your own triggers are and to behaviorally modify those responses. And again, like anything, if you know you're addicted to smoking, you want to set your environment up so that you don't find yourself confronted with that. Food is no different. This isn't the whole picture, but it's definitely a component of it."

And some foods, she continued, might be more alluring than others: "We hear of the term 'comfort foods': Those typically are the high-carbohydrate, high-sugar, high-fat foods. They're gonna be looking more and more and more at this and we might see that food is a real addiction right up there with gambling, smoking and drug use."