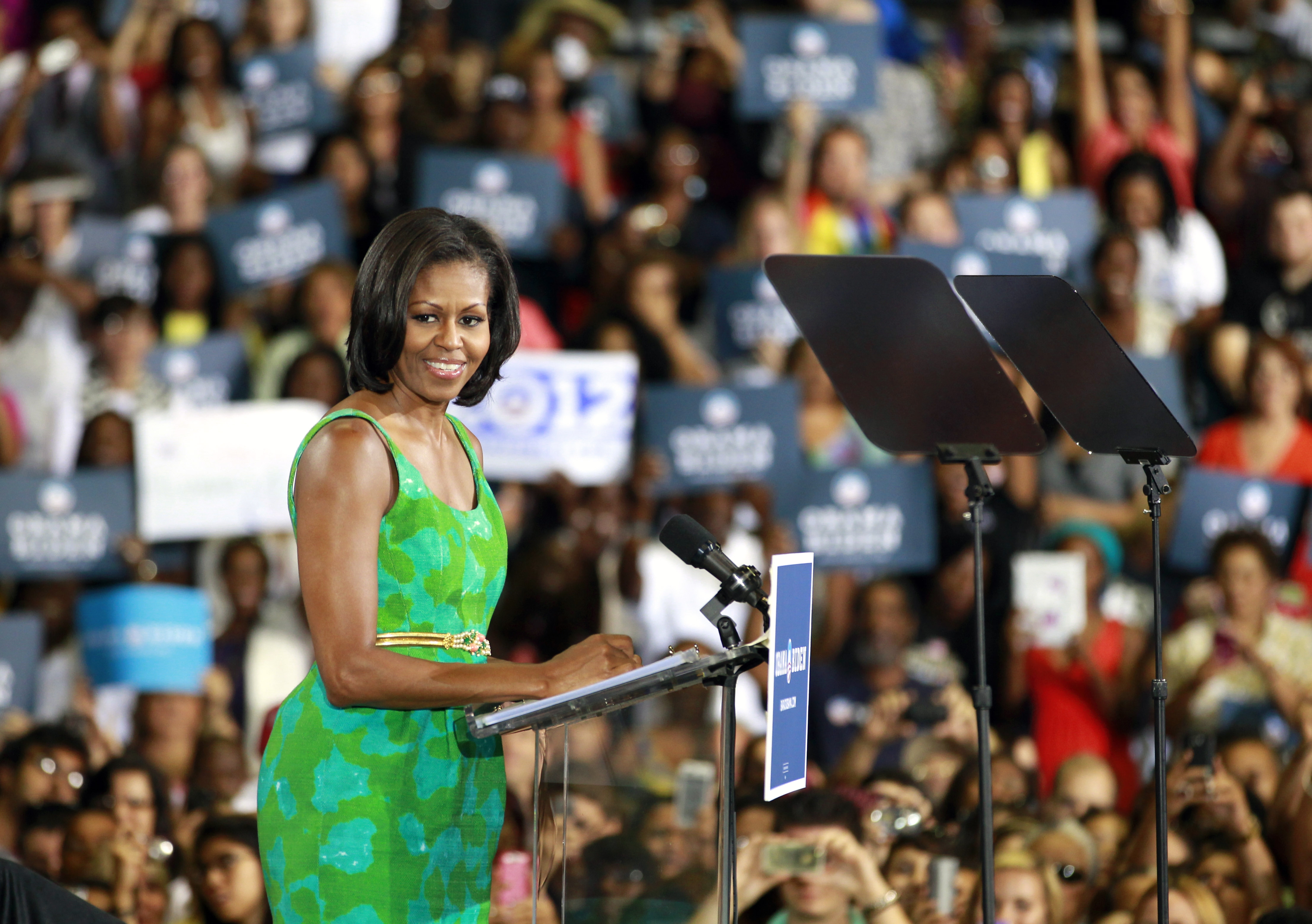 (CBS News) She's sometimes referred to as President Obama's not-so-secret weapon. Her polling numbers are consistently - and significantly - higher than the president's. Just last week, Beyonce released a video singing her praises. But as Michelle Obama kicks off a serious campaign push on behalf of her husband, the question remains: To what extent can the first lady translate her popularity into actual votes?

The Obama campaign intends to find out.

(Obama takes her "It Takes One" campaign to Columbus, Ohio, on Tuesday.)

This afternoon, the first lady heads to Ohio, where she'll make two campaign appearances as a part of her new "It Takes One" campaign initiative. The program, which aims to increase voter registration and turnout through grassroots organizing, is part of a broader effort to engage the first lady in the campaign at large - as well as with the people who will determine its outcome.

"The first lady is able to play a unique role as an ambassador for the president," said campaign manager Jim Messina in a statement to CBS News. "She was an enormous asset to the president traveling the country in 2008, and she's playing just as critical a role in 2012."

Nevertheless, according to Frank Newport, the editor-in-chief of Gallup Polls, it's tricky to determine exactly how much a first lady can do for the president's campaign - even if she's popular.

"It's very hard to tease out what impact a first lady has in a presidential campaign. People ask the same question about vice presidential candidates: It's difficult to be able to say that they do or don't make much of a difference," according to Newport, who cited a dearth of polling data specific to first ladies.

That rule applies when it comes to the negative as well as the positive, he says: In 1996, during former President Bill Clinton's re-election campaign, Hillary Clinton's favorable ratings were unusually low for a first lady, at 46 percent favorable and 47 percent unfavorable, due to her role in a contentious congressional debate over health care. Clinton won re-election, however, and there's little data that can project if the first lady cost him any votes - or how many.

With no clear formula guiding the potential benefit, or damage, a first lady or political spouse can do on the trail, it can be treacherous territory for a campaign to navigate. Mrs. Obama learned that the hard way in 2008, when comments she made at a campaign event about being "really proud of" America for the first time in her adult life sparked uproar on the right, and provided endless fodder for her husband's Republican opponent.

"The damage that results from that kind of incident is that it knocks everybody off message," said Noelia Rodriguez, who was press secretary and director of communications for former first lady Laura Bush, and was involved with the first lady's campaign outreach in the 2002 midterm elections. "The campaign has to divert attention and try to get beyond it. As we saw in 2008, that really knocked them off balance. They had to do some repair. I would suspect that it was a tremendous learning experience."

By definition, a first lady has a unique opportunity to tout the president's personal strengths - as a husband or father, for example - in a way the president himself can't. And depending on her role in the White House, she often also serves as someone who represents the less policy-oriented elements of an administration.

"She can relate all the positive aspects of the president's message but isn't tied to the less popular aspects of his agenda," said Dan Schnur, who served as a spokesman for George H. W. Bush in the 1988 presidential campaign, and is now a professor at the University of Southern California. "Even more importantly, she reminds voters that the president is a flesh and blood human being. It creates an emotional connection between him and the electorate."

"There's definitely a power of connectivity that the first lady can bring," said Rodriguez. She mentioned a recent incident in which Mr. and Mrs. Obama went to a basketball game and got caught on the kiss camera.

"They were very, very shy about it, which was sweet," she said. "People like that kind of stuff. It's a little awkward, it's a high-def moment. It really makes you real."

The challenge for any political spouse, especially one in such a high-profile campaign, is finding a way to express herself and utilize her strengths while representing a message that's part of a broader strategy, and has often been hammered out by a team of strategists.

"It's a very delicate dance, and the way to really try to be successful is to focus on the positives," said Rodriguez. "If a first lady starts to be critical of the other candidates, or being snarky and critical, that's dangerous territory. It's not really her role. I think that would be squandering a very valuable asset."

This cycle, the campaign is focusing Michelle Obama's efforts in areas where they've seen her particularly excel in the past: Doing outreach with young and minority voters, fundraising, and making appearances on popular television programs. She's also demonstrated her and her staff's savvy with social media, occasionally posting her own tweets (she signs them "-mo" to indicate which ones she wrote personally), maintaining an active Facebook account (maintained by the Obama campaign), and jumping on Internet trends like Pinterest.

Through two of her primary White House initiatives - one aimed at curbing childhood obesity and one aimed at assisting military families - she, like many first ladies before her, has also developed her own sort of constituency.

"If this becomes a contest about issues relating to women, Michelle Obama may be able to move the needle," said Hank Sheinkopf, a Democratic strategist who worked on Bill Clinton's re-election campaign in 1996. "If it's about convincing African-American women, Hispanic women, non-minority women, or the African-American community overall" to turn out at the polls, he said, she might be able to help tip the scales.

"From Michelle Obama's perspective, it's about the people who should be turning out to vote for the president who aren't," Sheinkopf said. "She has the ability to capture and hold an audience. She has the ability to offer an emotive discussion about her husband's accomplishments. With her persona, and her rhetorical ability, and just her presence overall, she may well be able to get unregistered voters to say, 'Wait a second, I've got to do that.'"

Given signs suggesting the likelihood of low turnout among young and black voters in 2012 as compared to 2008, a presidential surrogate with a substantive ability to mobilize these groups would be a huge asset.

But the Obama campaign, naturally, is not the only one to consider the fact that it might be a good idea to send the candidate's popular spouse out to woo undecided voters. Ann Romney has also scored major bona fides for her public appearances so far, and has the charisma some say her husband lacks.

"She got very good reviews on the campaign trail," said Schnur. "Both women seem much more at ease with small audiences than their husbands."

Sarah Haley, press secretary to Romney, acknowledged that "Ann Romney is the best surrogate we have" and says she will maintain a "strong presence" on the trail in the coming months.

Still, according to Schnur, who worked on a campaign with one of the more popular first ladies in recent history - Barbara Bush - even the most beloved surrogate can only do so much for a candidate.

"It helps, but only at the margins," he said. "A first lady may be the president's most valuable surrogate, but surrogates don't win or lose elections."

TikTok CEO to testify before Congress in March
Lucy Madison