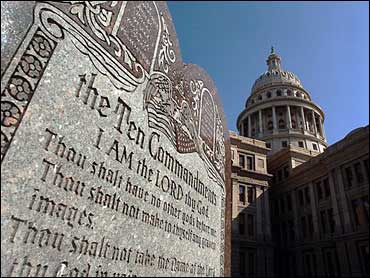 This column was written by Richard Alba and Nancy Foner.

As political and religious leaders in this country challenge the longstanding separation between church and state, Americans need only look to Europe, with its anxieties about homegrown Muslim terrorists, for a wake-up call. The European experience teaches that there is no way for government to favor religion in general; it will favor specific expressions of religion, invariably Christian, and thereby push others aside. In the contemporary, globalized world, where the United States and Western Europe provide new homes to millions of immigrants from all over the world, breaching the wall between religions and government runs great risks.

Yet that appears to be the direction in which we are heading. This past June the Supreme Court ruled that the display of a biblical text, the Ten Commandments, on a government monument is not inherently unconstitutional. President Bush recently suggested that the theory of intelligent design should be taught in the nation's public schools on an equal basis with the theory of evolution, thereby supporting the demands of some of his most conservative Christian supporters. FEMA has just announced that taxpayer money will reimburse religious organizations for their aid to hurricane victims; the Bush Administration has enabled them to receive other direct government funding, which amounted to $2 billion in fiscal year 2004. In the background lurk a host of other specters, such as school vouchers, supported by Bush and the Republican Party, to provide state financial support for religious schools; and the vulnerability of Roe v. Wade, which many conservative Christians hope will be overturned by a reconstituted Supreme Court.

In Europe we can see the dangers of the interpenetration of church and state. As secular as Europeans are, their societies have deeply institutionalized religious identities, which are the result of historic settlements after centuries of religious conflict. In France, where laïcité, the exclusion of religion from the affairs of state, is the official ideology, the state in fact owns and maintains most Christian churches and allows them to be used for regular religious services. The same law that establishes state possession of religious edifices also prevents the state from building new ones, thus keeping the country's 4-5 million Muslims from enjoying the same privileges as Christians. Most French mosques are, as a consequence, ad hoc structures, not very different from storefront churches. Adding to the religious divide is that half the country's ten or so state-designated national holidays are Catholic in origin; no Muslim holiday has equivalent recognition.

In Britain and France the state provides financial support for religious schools as long as they teach the national secular curriculum. Inevitably, these arrangements, while seemingly fair to all religions, favor the most established ones. In Britain (where, incidentally, senior Anglican bishops sit in the House of Lords by right as part of the Anglican "establishment") the government funds nearly 7,000 Church of England and Catholic schools but only five Islamic schools in a nation of 1.6 million Muslims. In the Netherlands the majority of children go to state-supported religious schools, nearly all Protestant and Catholic, while the country's estimated 1 million Muslims have only about thirty-five of their own publicly funded primary schools.

The institutionalization of Christianity in Europe has played a role in the growth of Islamic fundamentalism, for it adds substantially to the barriers confronting second-generation Muslims trying to make their place in European societies. Young people born and raised in the West are not satisfied with the humble positions of their immigrant parents. Yet at the same time, because of the burdens of lower-class origins and racial, ethnic and religious discrimination, the children of Muslim immigrants generally do not have the same opportunities for educational and professional achievement as do those from the European majorities. This situation leads many to resort to Islam as a way of claiming dignity. But Islam cannot solve their dilemma. On the one hand, they confront secular Europeans who are suspicious of claims based on religious beliefs and, on the other, societal institutions and national identities anchored in Christianity that do not make room for Islam.

In the aftermath of the London bombings, we heard that the aggrieved sense of exclusion felt by many Muslims who have grown up in Europe created a huge pool of potential recruits for fundamentalist movements. Certainly, what the homegrown London bombers did requires a deep sense of exclusion: To attack one's own society implies that one cannot imagine oneself as a full-fledged member of it. This sense of exclusion is not simply a matter of poverty or ethnic origin; the interlacing of state and Christianity plays a critical role too.

There was a time when the United States might have headed in the same direction. A century ago Protestant versions of Christianity were more or less "established," in that they dominated the public square, crowding out Catholicism and Judaism, both associated with immigrant populations. But because the state did not officially support or sponsor Protestantism, the newer religions were able over time to achieve parity. This rise in their status helped the descendants of immigrants to enter the mainstream and feel themselves to be fully American. We are now in a new era of immigration, which has brought to this country many adherents of religions outside the Judeo-Christian sphere — Hindus, Muslims and Buddhists among them. If the state now privileges Christian expressions of morality and belief above others, then the successful inclusion of these immigrants and their children will be in peril.

When states do not officially support religions, the only recognition they can offer is symbolic, which is easily extended to all religions. After September 11 George Bush reached out to Muslims, and this was understood as a unifying gesture. But if the United States were to go the way of Europe, such statements would be seen as rhetorical half-measures, undermined by durable inequities. The lessons of Europe's difficulties in integrating its Muslim population are clear. The US legacy of church-state separation has contributed mightily to our success in converting the children of immigrants into patriotic Americans. This is hardly the moment to abandon it.

By Richard Alba and Nancy Foner.
Reprinted with permission from the The Nation