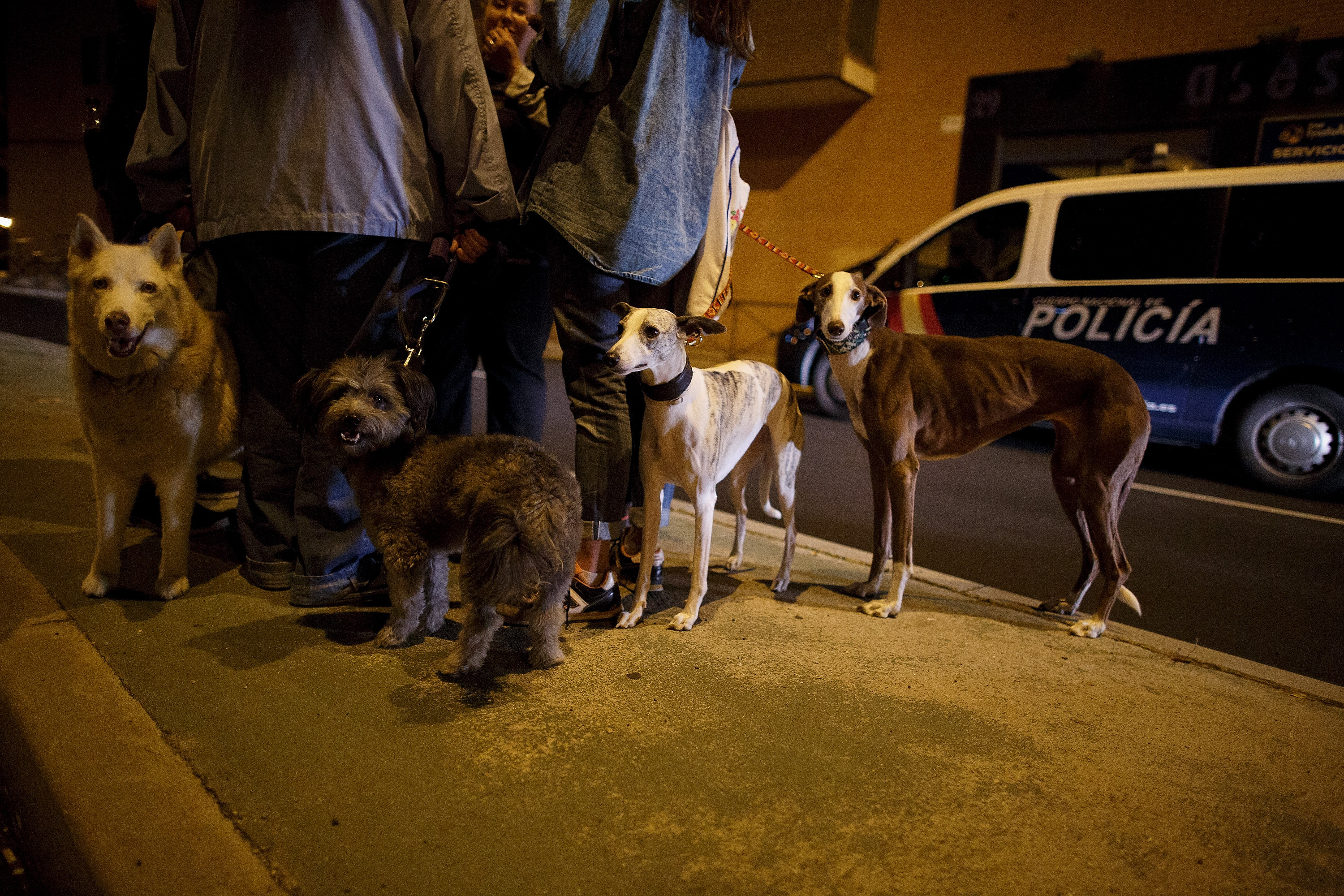 Monkeys, bats and a menagerie of animals can spread Ebola. Now there's worry that dogs - or one dog in particular - might spread it, too. Officials in Madrid got a court order to euthanize the pet of a Spanish nursing assistant who has the deadly virus.

No case of Ebola spreading to people from dogs has ever been documented, but "clearly we want to look at all possibilities," said Dr. Thomas Frieden, director of the U.S. Centers for Disease Control and Prevention.

Questions and answers about the situation:

Q: Can dogs get Ebola?

A: At least one major study suggests they can, without showing symptoms. Researchers tested dogs during the 2001-02 Ebola outbreak in Gabon after seeing some of them eating infected dead animals. Of the 337 dogs from various towns and villages, 9 to 25 percent showed antibodies to Ebola, a sign they were infected or exposed to the virus.

Q: What's the risk to people?

A: No one really knows. Lab experiments on other animals suggest their urine, saliva or stool might contain the virus. That means that in theory, people might catch it through an infected dog licking or biting them, or from grooming.

Q: Why is this dog suspect?

A: The nursing assistant and her husband have been in isolation since she tested positive for Ebola this week. She helped care for a missionary priest who died of Ebola. The Madrid regional government got a court order to euthanize their dog, saying "available scientific information" can't rule out "a risk of contagion."

Q: Does everyone agree that's best?

A: No. The dog's owners don't want it killed, and an animal rights group wants it quarantined instead, although it's not clear how effective that would be since infected dogs don't show symptoms, and it's not known how long the virus can last in them.

Dr. Peter Cowen, a veterinarian at North Carolina State University who has advised global health experts on animal infection disease risks, thinks officials are overreacting. "I think it's very unfortunate they are thinking of euthanizing that dog. They should really study it instead," he said.

Q: What about other dogs?

A: The risk that dogs might spread Ebola is very small in the U.S. or other places where dogs aren't near corpses or eating infected animals, said Sharon Curtis Granskog, a spokeswoman for the American Veterinary Medical Association.

In Dallas, health officials are monitoring 48 people who may have had contact with Ebola patient Thomas Eric Duncan, but "we are not monitoring any animals at this time," said Texas Health Commissioner David Lakey.