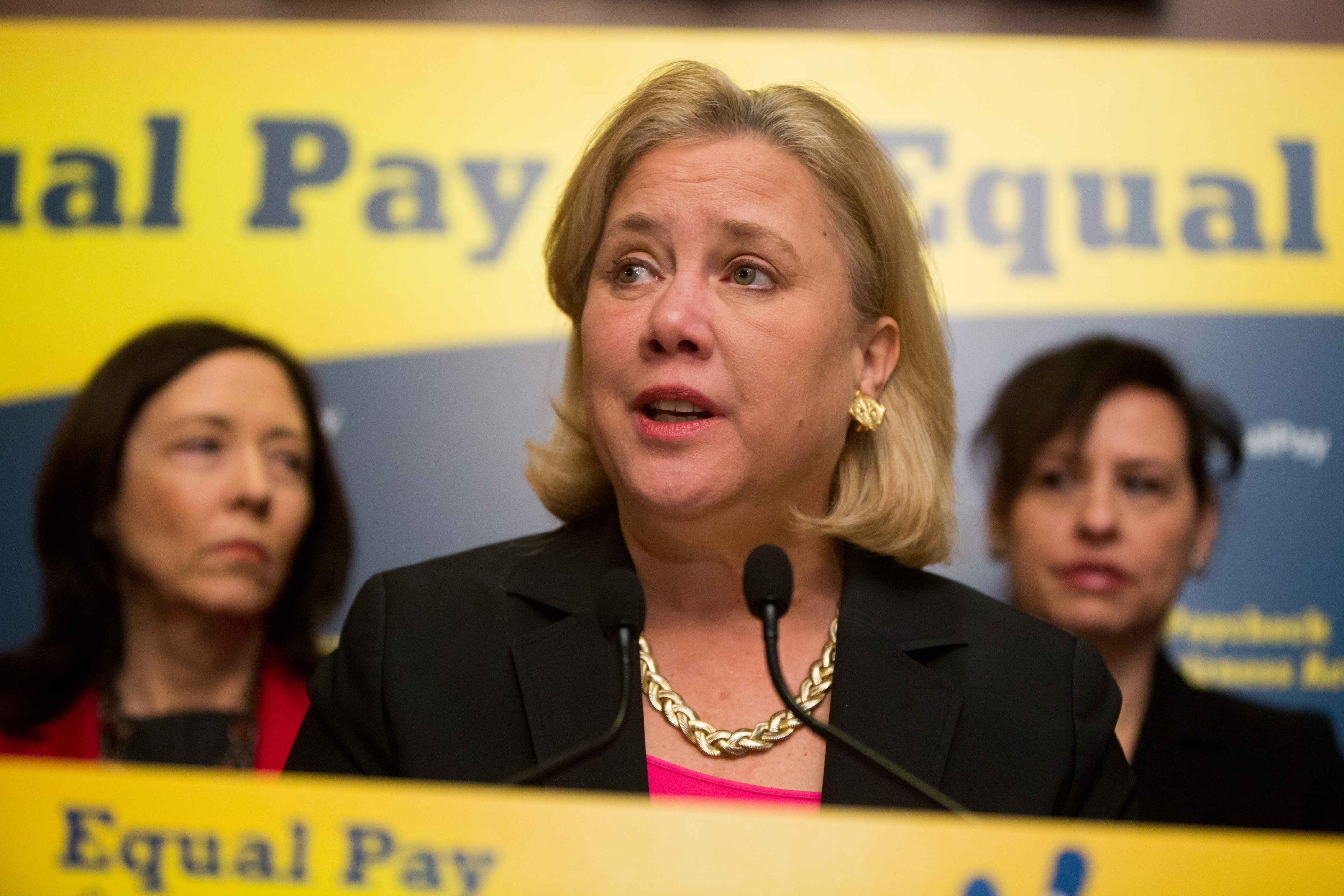 Yet Tuesday -- less than three weeks before one of the pipeline's key proponents, Sen. Mary Landrieu, D-Louisiana, faces voters again -- Reid is putting approval of the pipeline up for a vote in the Senate.

Landrieu, the last Democrat standing in Louisiana's congressional delegation, has made approval of the Keystone pipeline a key part of her bid for a fourth term in the Senate -- even though the pipeline won't significantly impact Louisiana voters. The 1,700-mile underground oil pipeline would link the tar sands fields of northern Alberta, Canada, to oil refineries on the Texas Gulf Coast.

While the pipeline wouldn't run through Louisiana, it stands as a powerful symbol of voters' priorities in the increasingly-red state. Advancing the Keystone pipeline would give one more victory to the oil and gas industry, which is a significant part of Louisiana's economy. The vote should confirm for those with ties to the industry that Landrieu's seniority on the Senate Energy and Natural Resources Committee means something, even as Democrats cede the majority to Republicans next year.

Furthermore, as the nation's dissatisfaction with President Obama's leadership calcifies, a vote for Keystone would represent a vote against the president's moves to regulate the industry and adopt alternative energy plans.

"She is trying to show the clout she has in the Senate," Pearson Cross, a political science professor at the University of Louisiana at Lafayette, told CBS News. "She's saying, 'You need me where I am, I am an effective senator, people listen to me, and I bring the two sides together.'"

The message has some obvious shortcomings. For one thing, President Obama could very well veto any bill approving the pipeline, given his objections to proceeding with the project before the State Department finishes reviewing it. On top of that, Republicans have pointed out that Landrieu wasn't able to secure the Senate vote before it became so politically valuable.

"It's too little too late," Sen. John Cornyn, R-Texas, said last week. "Everybody gets the joke, right? That under the current management she couldn't even get a vote on this piece of legislation that might actually have been helpful to her on November 4. And now they are going to do it before December 6. I think people are smarter than that."

Even if Louisiana voters see the Keystone vote as more than a stunt, it's unclear whether it's enough to help Landrieu as she heads into the Dec. 6 runoff against Republican Rep. Bill Cassidy. On Election Day, no candidate in the Senate race won more than 50 percent of the vote, triggering next month's runoff. Landrieu won just 42 percent of the vote, while Cassidy won 41 percent. Tea Party conservative Rep. Rob Maness won 14 percent.

Like the rest of the South, Louisiana has been on a rightward march for decades. And Landrieu, like other Democrats nationwide, has the challenge of appealing to an electorate largely unhappy with President Obama.

"In the short term, what Landrieu's confronting is the president's unpopularity in the state," Edward Chervenak, political science professor at the University of New Orleans, told CBS News. Looking at the long-term picture, he said, "this is the last stage in the state's transformation into a safe Republican red state. This is the start of a new era."

When Mary Landrieu was first elected in 1996, two-thirds of registered voters in Louisiana were Democrats, Chervenak noted. Now, just 47 percent of voters are Democrats.

Don Briggs, president of the Louisiana Oil & Gas Association, previously supported Landrieu. He told CBS News that he made the difficult decision to switch his support to Cassidy because of his dissatisfaction with the Obama administration.

"I think without question, it's not about Mary," Briggs said of the Senate race. "It's about the administration and the albatross she has had around her neck."

Landrieu is "a good person who's worked hard for the state," he said, adding that her seniority in the Energy Committee -- even as part of the minority party -- has a lot of value. Still, he said he's not sure Louisiana voters will see it that way.

"She's been in some tough races, but she's always managed to win it. I'm not sure she's going to make it this time," he said.

The Republican Party has engaged in its own political maneuvering to neutralize the crux of Landrieu's campaign pitch. She has touted her spot on the Energy Committee, but Senate Minority Leader Mitch McConnell, R-Kentucky, has offered Cassidy a spot on the committee should he win. And while Landrieu is claiming ownership of the Keystone vote in the Senate, Cassidy sponsored the Keystone bill that the House passed last week.

In order to make it to President Obama's desk, the Keystone bill will need to garner at least 60 votes in the Senate. Landrieu told reporters on Monday evening that she feels good about its prospects.

Even if it passes, Cross said he's skeptical the Keystone bill will accomplish much for Landrieu politically.

"Let's say they go ahead and vote for it, and they do pass it -- how many voters are going to see it as a sign of Landrieu's effectiveness versus a sign of her desperation?" he asked. Furthermore, he said, "If Barack Obama should happen to veto it, that would be in my view a terrible slap in the face and not help Landrieu at all."

That said, Cross acknowledged the influence of the oil and gas industry in his state, where a strong year for the sector can determine whether families in Layafette can afford to put Turkeys on the table for Christmas. According to a spokesman from the Louisiana Oil & Gas Association, up to 30 percent of the nation's energy resources come from or through Louisiana.

Landrieu has already demonstrated her commitment to the industry by opposing the administration's carbon guidelines for power plants and helping to get the administration to lift its moratorium on deepwater oil and gas drilling in 2010.

"It's hard to see that number happening in such a short period of time," Chervenak warned. "Given what we know about turnout in midterm elections, it's typically the chronic voters who show up, and they tend to be white, older, and more Republican."