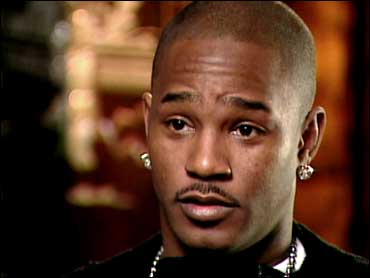 Rapper Cam'ron issued a statement Thursday, apologizing for comments he made to Anderson Cooper during a segment about "snitching" on 60 Minutes.

Cam'ron, whose real name is Cameron Giles, said he was the victim of a carjacking in 2005. He created an uproar during the April 19 interview when he told Cooper that cooperating with a police investigation into the incident would have lost him his street cred and, in turn, his audience. "It's about business but it's still also a code of ethics," he told Cooper.

In his apology, Cam'ron explained that he would have been in more danger if he had cooperated with the investigation.

"Where I come from, once word gets out that you've cooperated with the police, that only makes you a bigger target of criminal violence," the rapper said in a statement. "That is a dark reality in so many neighborhoods like mine across America. I'm not saying its right, but it's reality. And it's not unfounded. There's a harsh reality around violence and criminal justice in our inner cities."

Cam'ron had said during the interview that even if there was a serial killer living next door to him, he would not alert the police.

"Looking back now, I can see how those comments could be viewed as offensive," Cam'ron said in his apology, "especially to those who have suffered their own personal tragedies or to those who put their lives on the line to protect our citizens from crime. Please understand that I was expressing my own personal frustration at my own personal circumstances. I in no way was intending to be malicious or harmful. I apologize deeply for this error in judgment."

Joy Oladokun performs "If You Got A Problem”

Coachella is no longer requiring vaccinations for attendees