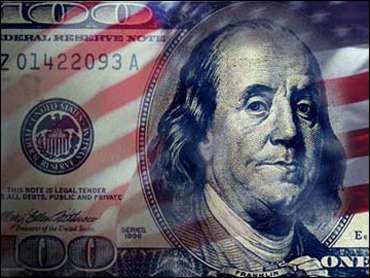 "I'm going to seek consent to go to this bill the minute we receive it," Daschle, D-S.D., said Thursday at a news conference of proponents of the legislation. It would end the flow of millions of dollars in unregulated "soft-money" contributions to the national political parties.

Daschle also vowed he would fight an expected filibuster from Republican opponents.

He urged House Republican leaders, who opposed the bill sponsored by Reps. Christopher Shays, R-Conn., and Martin Meehan, D-Mass., not to delay its delivery to the Senate. "Don't obstruct reform any longer," he said.

The White House, meanwhile, stopped short of saying whether President Bush would sign the bill if it reaches his desk, CBS News Correspondent Mark Knoller reports.

Spokesman Ari Fleischer said the process is not yet complete and Mr. Bush wants to see what form of the bill eventually reaches his desk.

"I think the president has made clear that he would like to sign something that will improve the system. He will have something declarative to say at the end of the process," Fleischer said.

Meehan called the bill, which passed at 2:30 a.m. Thursday after a marathon 16-hour debate, "the most fundamental change in our democracy in a generation."

Senate backers, led by John McCain, R-Ariz., and Russ Feingold, D-Wis., need 60 votes to stop a likely filibuster and win approval for sending the bill directly to Mr. Bush for his signature. The Senate vote last year was 59-41. "We're going to find the time and find a way to break that filibuster," Daschle said.

The Enron scandal was the driving force behind the bill's passage, supporters say, and why it must be written into law. If the bill fails in the Senate, McCain says there's will be more Enrons.

If the Senate does not accept the House version, a conference committee would be needed to reconcile the differences — albeit minor ones — between the two measures.

Click here for a closer look at campaign finance.

Congress hasn't changed campaign-spnding rules since the post-Watergate year of 1974 despite repeated efforts in the past decade to do something about the explosive growth of soft money in the political system. These unregulated donations that corporations, unions and individuals make to national parties, often in hundreds of thousands of dollars, grew from $86 million in the 1992 presidential election to $500 million in the 2000 election.

"Soft money is now being given in a shameful way," said Rep. Zack Wamp, R-Tenn. "It has proliferated beyond measure in recent years and it is a real corrupting influence."

Shays-Meehan would ban such donations to national parties, although it would allow soft-money contributions to state and local parties, in amounts up to $10,000. None of that money could be used for political ads.

It also bans the use of soft money to finance "issue ads" — that in effect are often used to attack candidates — during the 60 days leading up to an election, or 30 days before a primary.

Republican foes said the bill would weaken the national parties and was unconstitutional. "This bill strips citizens of their political rights and unconstitutionally attempts to regulate political speech," said Rep. Tom DeLay of Texas, the third-ranked House Republican.

But even longtime opponents concede passage may be closer than ever.

"I think we're now shooting with real bullets," said Sen. Mitch McConnell, R-Ky., who has led the Senate fight against campaign finance reform for years. "There's a possibility that this could become law and we want to make sure what's in it. Once we figure out what's in it, then that will determine the strategy.