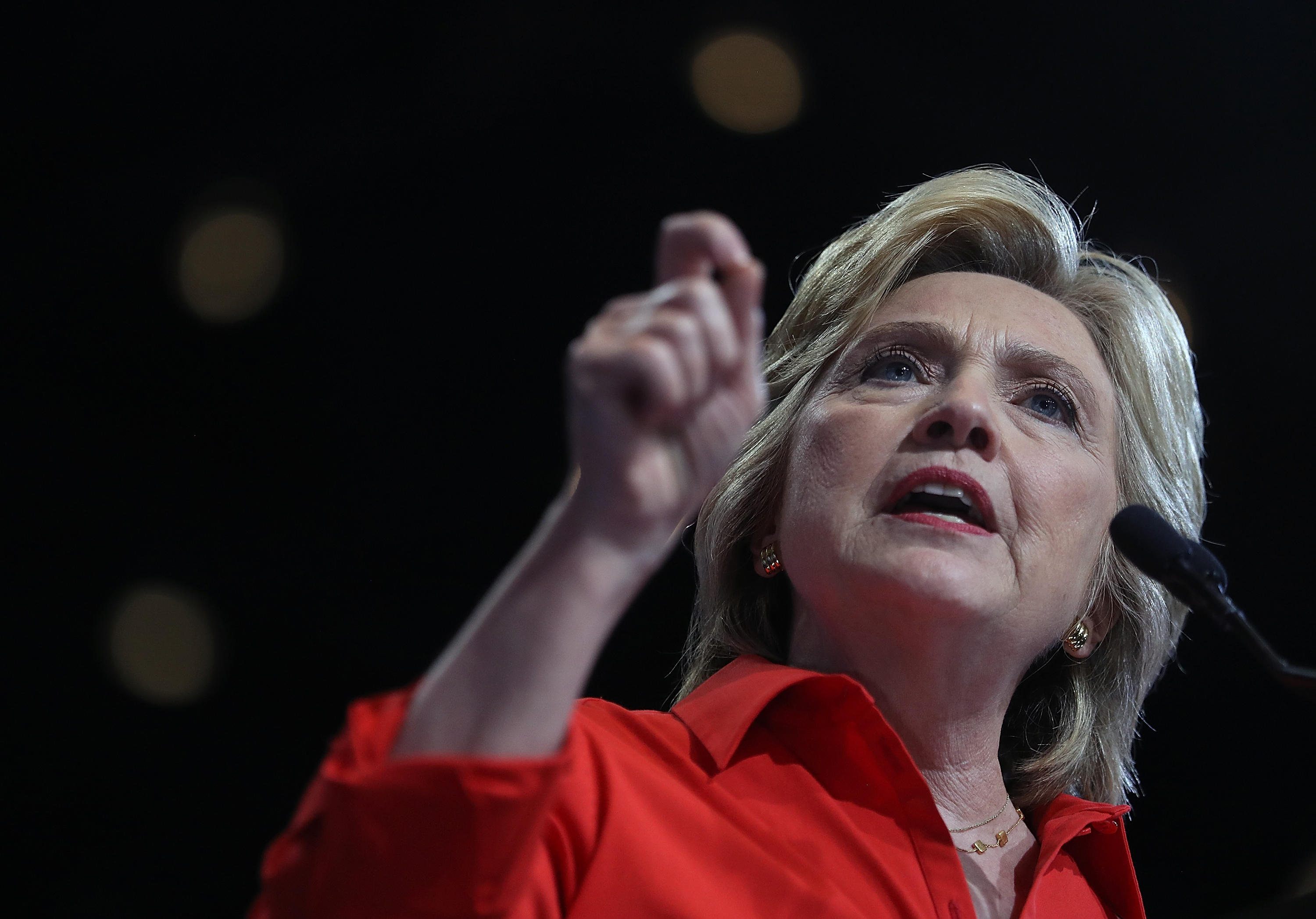 Hillary Clinton has received a bump in support after the Democratic convention and has now pulled ahead of Donald Trump.

Forty-six percent of voters nationwide say they'll vote for Clinton in November, while 39 percent say they'll back Trump. The race was tied last week after the Republican convention. Clinton led by a similar margin in June.

Clinton got a four-point bounce after her party's convention, compared to a two-point bump for Trump after his convention.

When compared to previous Democratic presidential nominees, Clinton's bounce is similar to those President Obama got in 2012 and 2008, but short of the 13-point bounce her husband, Bill Clinton, received in 1992. In 2000, support for Al Gore rose 10 points after the Democratic convention, but he went on to lose a close race that fall.

When leaners are included - voters who are undecided when initially asked their vote preference but lean toward a candidate - Clinton leads Trump by six points.

Voters who back a candidate remain firm in their support. Nine in 10 Clinton and Trump voters say their minds are made up about their candidate.

Over half of voters continue to hold an unfavorable opinion of Donald Trump. Although Trump received a slight bounce in his favorable rating after the Republican Convention, now just 31 percent view him favorably - similar to what was recorded before his party's convention.

After the conventions, Clinton has expanded her lead with women, but she still trails Trump by a large margin among men. Clinton continues to get the support of more than eight in 10 Democrats and has seen an uptick in support among liberals. The race among independents is even; Trump led among this group last week.

Earlier this month, two-thirds (67 percent) of those who backed Bernie Sanders during the primaries said they would vote for Clinton in November. After the Democratic convention, and a motion by Sanders himself to have Clinton selected as the nominee, her support among Sanders voters has risen to 73 percent.

This poll was conducted by telephone July 29-31, 2016 among a random sample of 1,393 adults nationwide, including 1,131 registered voters. Data collection was conducted on behalf of CBS News by SSRS of Media, PA. Phone numbers were dialed from samples of both standard land-line and cell phones.