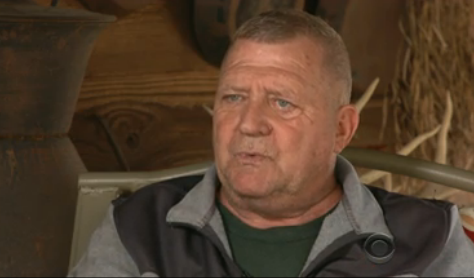 WASHINGTON -- After years of waiting, veterans who were exposed to contaminated drinking water while assigned to Camp Lejeune in North Carolina may now be able to receive a portion of government disability benefits totaling more than $2 billion.

The Department of Veterans Affairs described the new benefit Friday as “historic.” It is one of few instances in which former military personnel who weren’t deployed for war could become eligible for cash payouts.

Outgoing VA Secretary Bob McDonald determined there is sufficient scientific and medical evidence to establish a “strong association” between exposure to the contaminated water at Camp Lejeune and eight medical conditions.

“We have a responsibility to take care of those who have served our nation and have been exposed to harm as a result of that service,” McDonald said, adding that the VA’s decision will make it easier for veterans “to receive the care and benefits they earned.”

Beginning in March, the disability benefits may supplement VA health care already being provided to eligible veterans who were stationed at the Marine base for at least 30 cumulative days between Aug. 1, 1953, and Dec. 31, 1987. Veterans will have to submit evidence of their diagnoses and service information.

The estimated taxpayer cost is $2.2 billion over a five-year period. As many as 900,000 service members were potentially exposed to the tainted water, although the VA estimates that roughly 23,000 veterans will apply and qualify for the benefit.

“There’s no doubt that the people of Camp LeJeune were poisoned,” said retired Marine Master Sgt. Jerry Ensminger, who was stationed at Camp Lejeune when his daughter, Janey, was conceived in 1975. Janey died of leukemia when she was nine, CBS News’ Mark Strassmann reported.

“I can’t tell you the level of frustration that has engulfed me over these years,” Ensminger said. “None of this is going to help Janey. Janey is dead.”

But Ensminger, who heads a veterans group, The Few, The Proud, The Forgotten, which advocates for those seeking disability compensation, told the Associated Press the new development is ”good news”

“This has been a hard, long slog,” said Ensminger who argues the government must go further in covering additional diseases. “This is not the end of the issue.”

It allows veterans to qualify for government disability aid based on toxic harm sustained while at a garrison, as opposed to a battlefield. In 2015, McDonald also agreed to award disability benefits for another category of veterans who weren’t on the ground, those who had developed medical conditions after exposure to Agent Orange residue on planes used in the Vietnam War.

“It’s a major first,” said Dr. Ralph Erickson, a chief health consultant at the VA and former commander of the Walter Reed Army Institute of Research. Most disability awards, he said, involve “exposures that occurred during deployment.”

Documents uncovered by veterans groups over the years suggest Marine leaders were slow to respond when tests first found evidence of contaminated groundwater at Camp Lejeune in the early 1980s. Some drinking water wells were closed in 1984 and 1985, after further testing confirmed contamination from leaking fuel tanks and an off-base dry cleaner. The Marine Corps has said the contamination was unintentional, occurring when federal law didn’t limit toxins in drinking water.

Spurred by Ensminger’s case, Congress in 2012 passed a bill signed into law by President Barack Obama extending free VA medical care to affected veterans and their families. But veterans were not automatically provided disability aid or survivor benefits. The issue has prompted lawsuits by veterans organizations, which note that military personnel in Camp Lejeune housing “drank, cooked and bathed” in contaminated water for years.

“It’s about time,” Burr said, welcoming the VA news Friday. “These veterans put their lives on the line for our nation and they were negligently poisoned by the government.”

Affected veterans who were stationed at Camp Lejeune may now submit applications for benefits. Roughly 1,400 disability claims related to Lejeune are already pending, and will be reviewed immediately, according to the VA.