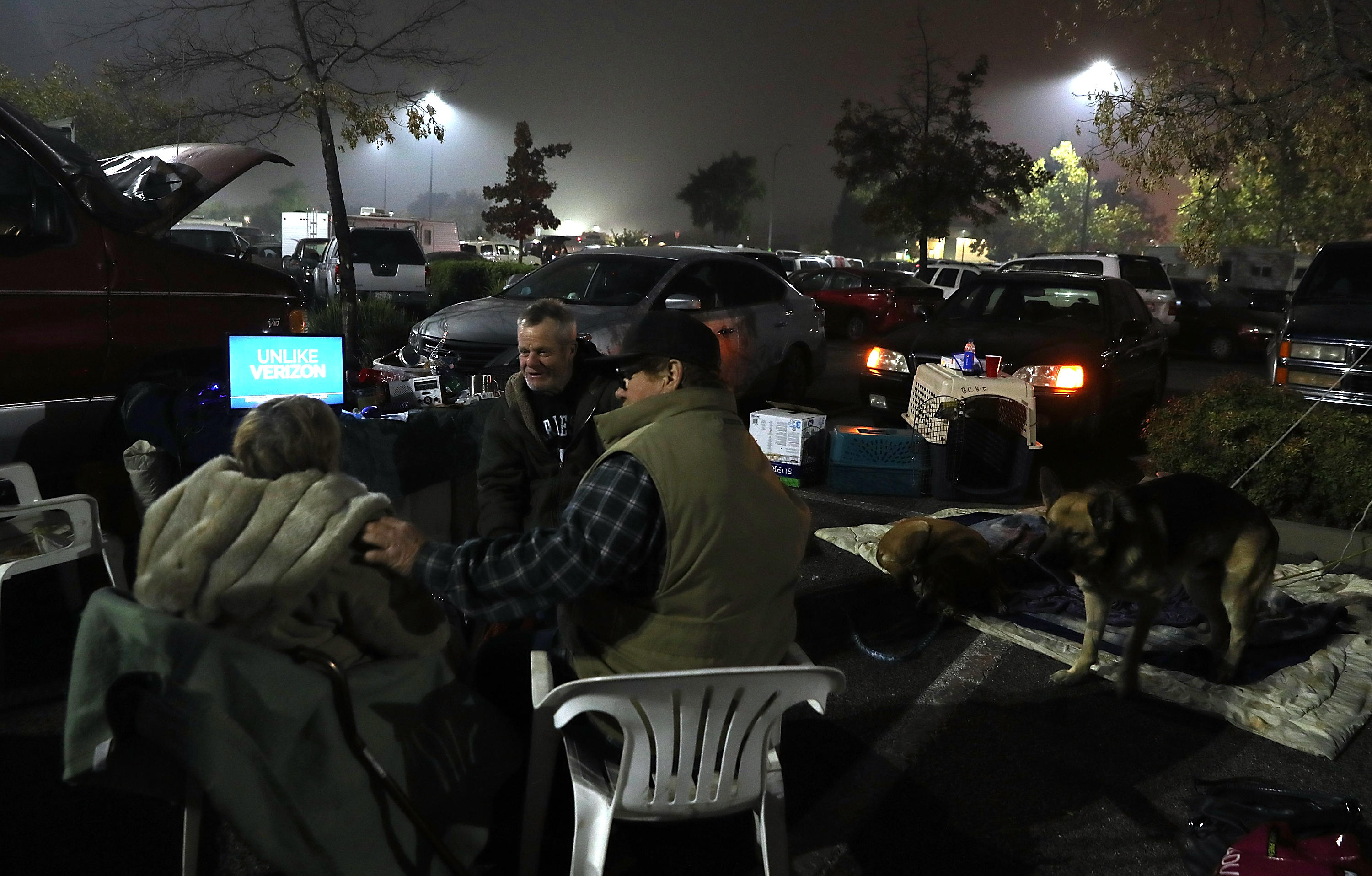 CHICO, Calif. -- The days appear to be numbered at a makeshift camp in a Walmart parking lot in Chico, where dozens of evacuees from the Camp Fire have been told it's time to leave, reports CBS San Francisco.

Co-organizer Luigi Balsamo said the Red Cross has told them to shut everything down by 1 p.m. Sunday, when the donation bins and portable bathrooms will be removed. The Red Cross told CBS San Francisco that Walmart asked the evacuees to leave and that the charity was at the camp to make people aware of their shelters in the area.

"We need a clear exit strategy," Balsamo said. It has evacuee Carol Whiteburn in a panic: "They're taking everything on Sunday -- the bathrooms, the lights, everything. I don't know what we are going to do."

It's a crisis shared by more than 100 people in the camp.

Emergency officials say they're aware of it, but federal assistance isn't available yet.

The Federal Emergency Management Agency disaster recovery center being set up in an old Sears store won't even be open until Friday and even then, temporary housing options aren't in place.

"What do you tell people who are sleeping in a parking lot and still have to wait 5-7 days to even get an answer from FEMA?" reporter Emily Turner asked.

"I would tell them that our heart goes out to them," said FEMA External Affairs Officer Brad Pierce. "We understand the situation. We are working around the clock to try and help them."

FEMA says in the meantime, shelters are supposed to fill the gap.

However, four of the shelters housing Camp Fire evacuees currently have norovirus outbreaks, and are getting worse every day. "I'd rather breathe the smoke," said Whiteburn.

So while the camp has stopped accepting donations and told everyone their deadline, what happens to the evacuees in the camp is a looming uncertainty.

"We have weather coming. It's going to rain. What happens when it rains on all this stuff, or the flood zone where these people -- their tents are camped out over here?" asked  Balsamo. "We're going to have a major crisis on our hands for the community here of Chico if these people have to go hit the streets."

There are people who are in their 80s in the camp sleeping in their cars. A woman with a three-year-old and a three-week-old was sleeping in a tent in the cold.

City officials have said they're not going to be aggressive in the enforcement process, but the people here are in limbo facing the hard deadline.