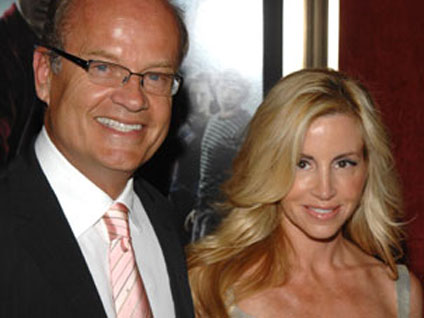 NEW YORK (CBS) It's over between Kelsey Grammar and Camille Donatacci.

The actor's third wife filed for divorce on Thursday in a Los Angeles court.

According to People magazine, the filing states that Donatacci cited irreconcilable differences as the reason for the split. She is seeking primary physical custody of their daughter Mason, 8, and son Jude, 5, as well as spousal support.

According to the report, Donatacci, 41, a former Playboy model, is rumored to be starring on Bravo's upcoming show "The Real Housewives of Beverly Hills."

The two have been married since August 1997. Their two children were born via a surrogate. Grammer also has two other children - daughter Spencer, 26, with first wife Doreen Alderman, and daughter Greer, 18, who he had with hairdresser Barrie Bucker during his second marriage to Leigh-Anne Cushany.