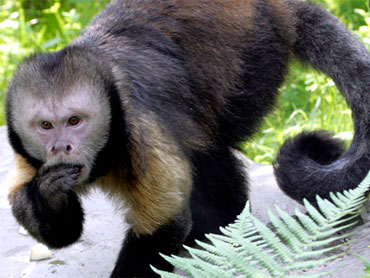 A photographer who took topless pictures of Cameron Diaz before she became a star was convicted of forgery, attempted grand theft and perjury on Monday for a scheme to sell the images back to the actress 11 years later for millions of dollars.

Photographer John Rutter, 42, faces up to six years in prison. Sentencing was set for Sept. 15.

"He is a forger. He has the ability and willingness to create forged documents. He is an absolute flight risk," Walgren told Pastor.

The judge asked lawyers in the case to discuss restitution for Diaz, who was not in court for the verdicts.

Rutter made no remarks in court, but defense attorney Mark Werksman said later that his client was devastated.

"This is the blackest day in John Rutter's life," said Werksman, who maintained that Rutter tried to do the right thing by offering the photos to Diaz first.

"It was an epic battle between a rich and famous celebrity and a hardworking photographer. He tried to do what was right, but she brought powerful, enormous interests against him," said Werksman, who also contended that his client was in no position to make any restitution.

"It's laughable to expect John Rutter to pay Cameron Diaz," he said. "I can only shudder to think what kind of bills she will present."

The jury left without comment. The seven women and five men deliberated about four hours after getting the case Friday.

Both the actress and the defendant testified during the trial, which began July 13.

Rutter told the jury that while a model release form giving him ownership of the photos was forged, he didn't do it.

But under cross-examination, Rutter acknowledged lying to Diaz and in a court declaration. He also admitted to asking Diaz to come up with $3.5 million in two days or he would sell the photos to prospective buyers worldwide, in a campaign timed to coincide with the 2003 release of "Charlie's Angels: Full Throttle."

Rutter said he thought he had a right to do so and was simply giving the actress "right of first refusal."

Diaz testified that Rutter told her the buyers were "going to use this against you" by portraying her as a "bad angel" in a huge magazine spread and bus and billboard ad campaign. When he wouldn't identify the purported buyers, she suspected blackmail and contacted authorities, who arranged a sting operation.

The actress was a 19-year-old aspiring model when the pictures were taken in 1992. She posed in leather boots and fishnet stockings in a warehouse. At one point she held a chain attached to a male model's neck.

She wore a top and black vest in some of the shots, which were published in European magazines at the time. The topless photos have never been published and a judge has prohibited Rutter from releasing those and an accompanying video of the shoot.

Diaz, whose screen credits include "Shrek," "Vanilla Sky" and "There's Something About Mary," testified that she wasn't ashamed of the shots. She initially offered to go into partnership with the photographer to release certain images.

Rutter's theft charge was for the alleged blackmail scheme, forgery for the signature on the form and perjury for declaring in a separate civil case that the signature was authentic. That case is pending.