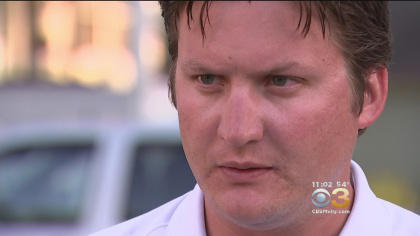 CHERRY HILL, N.J. -- The Diocese of Camden is looking into allegations that the firing of a high school football coach may have been racially motivated, according to CBS Philadelphia. Nick Strom, who is also a history teacher at Camden Catholic High School, claims he was fired because he was too many black students on the team.

"At four o'clock, they told me that I'm on administrative leave as a teacher for the rest of the year and no longer the football and golf coach," Strom said.

"There have always been questions from the administration from the first time I started on the makeup of the team. Freshman that we were bringing in, transfers that we bring in, people that we play on the field and you try and be above that as a coach and you try to give kids an opportunity," Strom said.

Players and parents protested the decision on Monday.

"You need to open up your mind to different things, even your prejudice issues," said Matthew Davis, a football player. "It may not be all of you, but you need to open your mind up to all the kids that are here, whether it be white, black, any ethnicity that you are. We want to be one community."

"We do not comment on personnel matters, but it has come to our attention that he has chosen to muddy the reasons for his dismissal with baseless accusations against the school administration," the school said. "Any concern about racism or racial insensitivity is taken seriously and fully investigated."

According to a copy of the letter the school issued to Strom explaining his "non-renewal," issues included a professional dress code violation for wearing sneakers instead of dress shoes. It also claims he confronted another teacher in front of students.

Tyrone Bellford, Strom's former high school coach, said Strom confided in him over the past year, and he believes the accusations are not baseless.

"In one of our conversations, he said it seemed the administration is kind of pushing me about the number of minority students I have coming in here," Bellford said. "He talked to me about several instances, where he thought there were some minority students were disciplined, where they were expelled or let go from the school and on one occasion it was a white student who did something, he wasn't. He had serious concerns."

Family members who met with Strom add that he's not too concerned about his career; rather, he's worried about the future of minority students at the school.