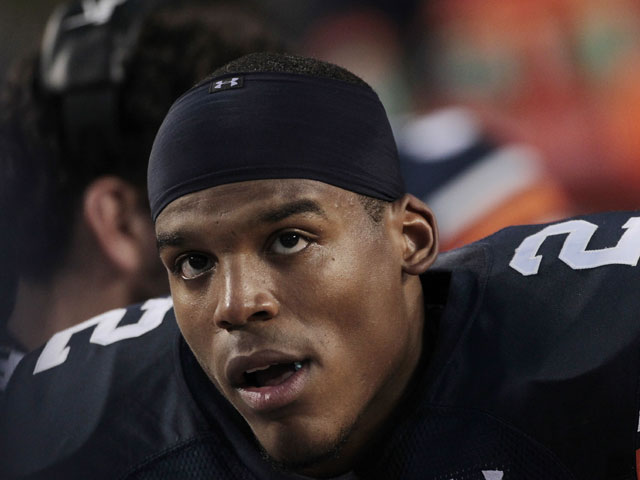 According to Bond, a man who said he represented the Auburn University quarterback during his recruitment out of junior college last year, apparently asked for a reported $180,000 to secure Newton's commitment to Mississippi State, reports TMZ.com.

"During the 2009 football season, I was contacted by a former football teammate, who represented to me that he was speaking for the Newton camp," Bond said in a statement given to the AP through his attorney. "He told me that Cam Newton wanted to play at Mississippi State, but that a specified payment would have to be made."

Bond's attorneys claim the FBI asked for a "sit-down meeting" with his client, saying they were "interested in whether young men are being shopped to colleges," according to TMZ.com.

Newton transferred from the University of Florida where he was facing a possible expulsion for academic cheating, to Blinn Junior College in Brenham, Texas where he played last season, according to ESPN.com.

Newton has denied any wrongdoing in his recruitment.

Newton has led Auburn University to a (10-0) record this season, lifting the Tigers to the No. 2 ranking in The Associated Press poll and the No. 2 spot in the most recent Bowl Championship Series standings.