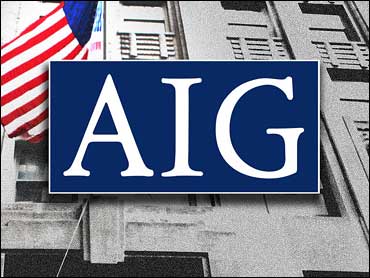 According to one internal memo by late November 2007, the insurance giant had received at least 84 collateral calls totaling more than $4 billion, including 38 calls alone from investment giant Goldman Sachs worth $3 billion.

According to an email obtained exclusively by CBS News , on November 27, 2007, the former head of AIG's Financial Products (AIGFP) unit, Joseph Cassano, forwarded to his boss a note written by then-AIGFP Executive Vice President Andrew Forster "laying out all the collateral call information to date."

In the note Forster details what he terms "friendly discussions rather than disputed calls" with six major investment firms and banks.

In addition to Goldman's $3 billion call Forster reports Merrill Lynch had made 18 margin calls for a total of $610 million; securities firm Calyon wanted $343 million; UBS had three calls for $40 million; while the French bank Societe General SA (25 calls), and the Bank of Montreal ($41 million) were also making substantial financial claims.

According to Forster's memo, Goldman's 38 positions at the time involved 23 different transactions under names like "Dunhill," "Ischus II," "Orchid II," and "Triaxx Prime 2006-2."

Yet despite all these requests, during a crucial December 5th conference call with investors AIG executives were silent about the specific number of collateral calls, only acknowledging "...and we have from time to time gotten collateral calls from people..." appearing to gloss over any potential problems with its CDS portfolio.

"The probability that it will sustain an economic loss is close to zero," said former CEO Martin Sullivan during the call.

Investigators at the Justice Department and Securities and Exchange Commission are known to be honing on this time period to determine whether AIG executives misled investors and auditors about the contracts.

Regulatory filings reveal Goldman ($8.4 billion) and Societe General ($9.5 billion) were eventually paid nearly $18 billion in the 15 months prior to last September's government bailout of AIG. Overall, 16 U.S. and foreign firms eventually received $85 billion in taxpayer funds as a bailout against the bad debt.