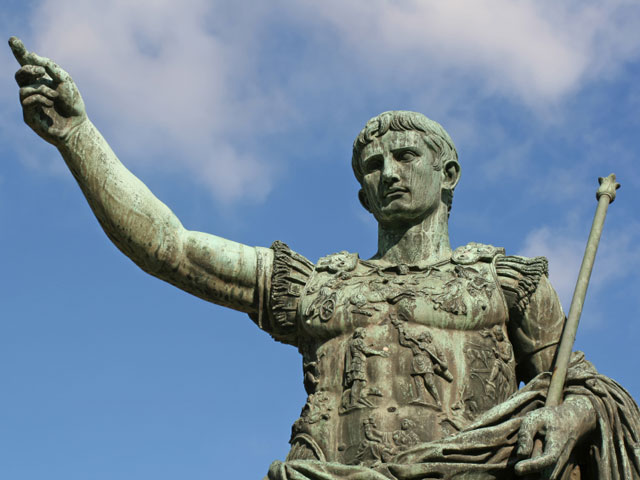 Of one thing, historians unanimously agree: Caligula, Rome's Emperor from A.D. 37 to 41, was not well-liked.

Born Gaius Caesar Augustus Germanicus in A.D. 12, Caligula (named for his favorite type of footwear) was described by almost all of his contemporary historians as insane. He allegedly slept with his sisters, killed for fun and wanted to make his horse a consul. His personal guards brutally murdered him at the tender age of 29.

The truth about Caligula's life is largely unclear, as his reign was one of the least well-documented. Our modern interest almost certainly comes from the graphic, pulpy 1979 film bearing his name and starring Malcolm McDowell, Helen Mirren and Peter O'Toole.

Because of the scant historical record, Caligula's final resting place has become the subject of debate, especially after Italian police claimed Tuesday to have found it, by accident.

Police arrested a man last week near Lake Nemi, south of Rome, as he loaded part of an ancient 8-foot-tall statue estimated to be worth $1.5 million into a truck, the U.K. daily Guardian reports. The statue had a pair of the "caligae" military boots that gave the emperor his nickname.

The statue is made of rare Greek marble, and its throne and god's robes convinced the police it came from the emperor's tomb, the Guardian reports. Under questioning, the tomb raider led them to the site, near one of Caligula's country retreats, where excavations started Tuesday.

Mary Beard, classics professor at Cambridge University, writes in The Times of London, however, that it is almost impossible Caligula had a tomb in the first place:

"Caligula was assassinated in his palace on the Palatine Hill in Rome in 41 AD. According to the book "Suetonius' Life", his body was taken to the horti Lamiani, the site of an imperial pleasure gardens on the Esquiline Hill. There he was quickly cremated and buried a light covering of turf. Later on his sisters returned, to cremate and bury it properly. There is no suggestion whatsoever, so far as I know, that this burial was at Nemi, or that it was a grand tomb (the Latin just says "buried", sepultum). True, Caligula had a big villa there, but it is almost inconceivable that this assassinated symbol of imperial monstrosity would have been given a grand monument, plus a big statue there. Much more likely is that he had a modest burial in or near the horti Lamiani, or -- as some people think -- that he was slipped into the big Mausoleum of (his great-grandfather, Emperor) Augustus (where many of the imperial family ended up)."