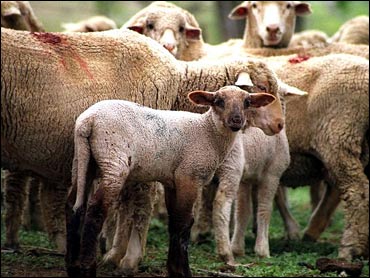 The shepherd strolled in knee-high grass, watching over a flock in a distant pasture near this remote outpost in California's vast San Joaquin Valley.

At nightfall, he returned to a 6-by-12 plywood trailer with no running water, no toilet and no air conditioning.

Born to shepherds in the Peruvian Andes, Miguel did not want his full name used, fearing that speaking out would lead to his work visa being revoked.

Miguel's living conditions - barely a roof over his head and no sanitation - mirror those of a majority of California's sheepherders, according to a by Fresno-based Central California Legal Services.

The numbers are high despite a state law passed to ensure adequate living conditions.

"I remember being sick to my stomach and waiting for days before I could tell the foreman. Then I waited longer for him to bring me medicine," Tito Macha, a Peruvian shepherd, said in Spanish from the legal service's office.

Most of California's shepherds are legal migrant workers from Peru, Chile and Mongolia. The few dozen immigrants roam the state's grasslands, deserts and foothills during grazing season.

In 2001, lawmakers boosted monthly wages and required that living quarters include toilets, heating, drinking water, regular mail service, transportation to the nearest town and access to a telephone or radio for emergencies.

Ranchers such as Dominique Minaberrigarai said California's mandated wage increase, from $900 to $1,200 a month, has hurt California Wool Growers Association, Minaberrigarai said he knows some ranchers don't follow the rules. But he said he does, providing indoor, portable camping toilets to the six shepherds his family employs.

He said it's nearly impossible to provide some of the other amenities, such as running water. Shepherds follow their herds into some of the state's most remote pockets.

The state's Employment Development Department is responsible for inspecting the shepherds' living conditions for the federal labor department, which approves the ranchers' requests for workers.

Department spokesman Kevin Callori said employers have been notified when violations were identified. But he said the department has not taken formal enforcement actions in the past couple of years.

"In California, we generally have the strongest labor laws and the most inconsistent enforcement," Koretz said.

Calling for a state Assembly hearing on the subject, he said, "might be the next logical step."