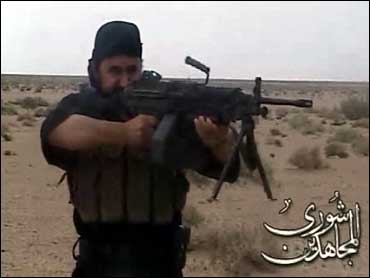 It's no secret Latino voters are reshaping the political landscape in California, the nation's most populous state. But a new poll suggests the voters themselves are changing, and that could signal bad news for Republicans.

Over the past ten years, Latinos represented nearly all of the increase in the state's voter rolls. The number of registered Latino voters increased by approximately one million voters, according to a new poll released Monday by the San Francisco-based Field Institute. Between 1990 and 1998, Latinos also increased their overall share of the state's electorate - they comprised 5 percent of voters in 1990 and jumped to 14 percent by 1998.

Among these new Latino voters, nearly half are immigrants born outside the United States, and more than two-thirds are under age 40. They also have fewer years of formal education and lower levels of household income than Latinos who proceeded them on the voting rolls.

DiCamillo said prior to 1994, the typical Latino voter in the state was U.S.-born, over 40 and "much more middle-class and mainstream."

"It's really two different sets of communities," said political scientist Michael Alvarez of Cal Tech University. Mexican-Americans in the Lone Star State have been a prominent part of the citizenship since Texas achieved statehood. Alvarez describes them as "more stable and deeply rooted in the political culture."

That may help explain why GOP presidential candidate George W. Bush has enjoyed less success with California Latinos than with those in his home state. Exit polls show he received anywhere from 39-to-50 percent of the Hispanic vote when he ran for reelection as Texas governor in 1998. But California's Latino voters preferred Vice President Al Gore, the Democratic candidate, to Bush by a 4-to-1 margin in the March presidential primary.

Pollster DiCamillo said the Democratic advantage over Republicans has grown steadily in California since 1994. Before then, in both the 1986 and 1990 gubernatorial elections, Latinos favored Democrats over GOP candidates by 6 percentage points. By 1998, that number reached a record 61 points.

Even with the boost in Latino registration, almost two-thirds of the state's adult Latinos have yet to join the voter rolls.

But DiCamillo predicts that will change. As the Latino constituency reaches political mass, the campaigns will start directing more messages toward them. And that, in turn, will spur voter registration.