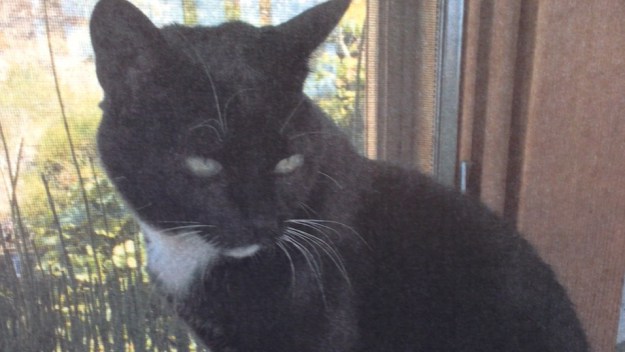 SANTA ROSA, Calif. -- Two women are battling in a Sonoma County court over which of them is the rightful owner of a tuxedo cat.

Tiffany Mestas of Fairfield took the case to court after tracking her black and white feline to the home of a retired nurse who refused to hand him over.

"He has two women who love him very much," said Elizabeth Reifler, who represents the plaintiff.

The 35-year-old veterinary technician says the cat, which she named David, went missing seven years ago and was illegally adopted by Therese Weczorek.

Weczorek's lawyer says her 68-year-old client adopted the cat in good faith from a woman who cares for strays and that the cat has become part of her family. She named the cat Whiley.

"The cat's been very healthy, happy and very well taken care of. My client loves the cat dearly, she says they're joined at the hip," Weczorek's attorney Leo Bartolotta told CBS San Francisco.

Sonoma County Judge Elliot Daum said Wednesday he'll refer to the cat as "DW," taking the first initial of the names each woman had bestowed on the cat.