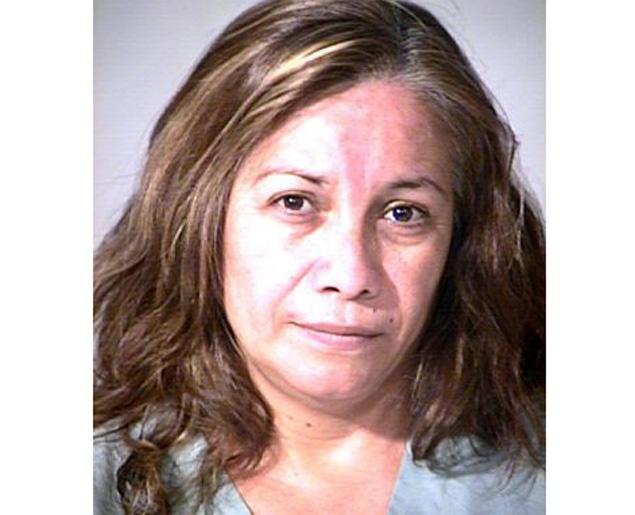 (CBS/AP) GARDEN GROVE, Calif. - A Southern California woman, Grisel Ramirez, was arrested on Monday for trying to steal a baby from a hospital in a tote bag, according to Garden Grove police.

Ramirez, 48, dressed in scrubs, was stopped by a Garden Grove Medical Center staffer, after a sensor attached to the baby went off, Lt. Jeff Nightengale said at a a press conference.

Nightengale said that he didn't have "a solid reason why she stole the baby."

Allegedly posing as a nurse, Ramirez entered the room of the baby's mother and told her to take a shower before the doctor came.

Once the mother was out of the room, Ramirez allegedly put the newborn in a purple tied-dyed bag and carry her out of the ward.

An alarm went off when the baby crossed an imaginary line in the hospital that set off a sensor.

Many hospitals have security systems, where patients, such as babies or people with dementia, have a bracelet or anklet. These bracelets are tagged to set off an alarm to alert staff when a person has left a certain perimeter.

Authorities would not say what type of system the hospital uses.

Nightengale added that the baby was inside the bag for a short time and was returned to her mother unharmed.

He credited the hospital's alert staff and policies for saving the baby, saying that everyone "reacted as they should."

Nightengale told CBS Los Angeles that investigators determined that Ramirez had walked into the hospital last week, asking questions of a pregnant woman. The woman found this suspicious and reported it to authorities, prompting fliers to be circulated with Ramirez's picture.

He said that investigators have found that Ramirez had no history of mental illness.