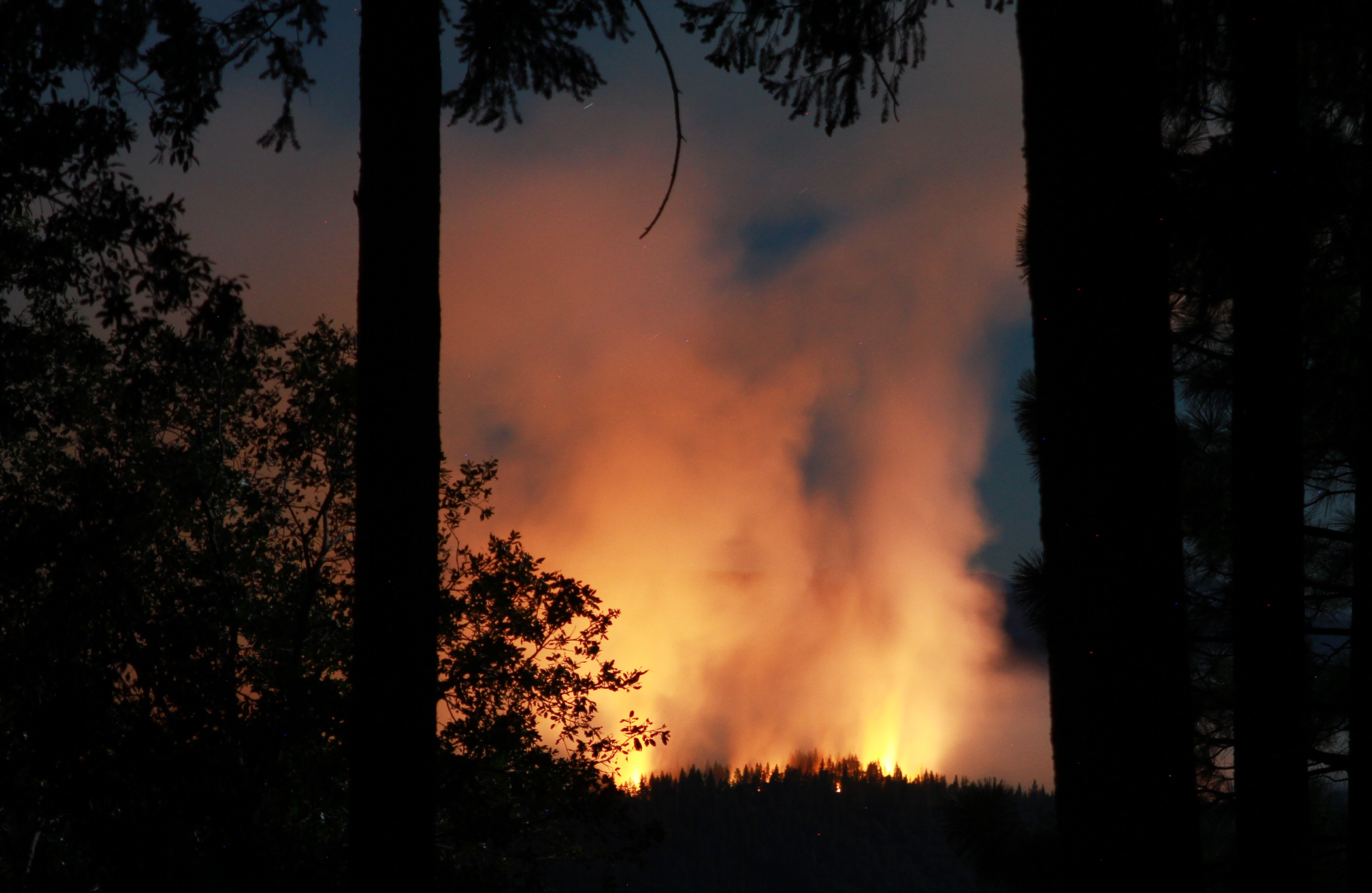 Dry tinder and hot temperatures are feeding fast-moving wildfires in the West. More than 4,000 firefighters are on the front lines battling six fires in Northern California alone, including the Willow fire in North Fork, California.

Helicopters will again be picking up water at Bass Lake Tuesday to drop on the flames -- a lake that shows the impact of the drought. The docks are on dry land, 100 yards from the shoreline, but firefighters are lucky there is still some water left to fight this fire, reports CBS News correspondent John Blackstone.

In a dense forest, large flames moved quickly up the hillside. As firefighters worked to set containment lines, those who live nearby are preparing to leave at a moment's notice.

To save the hundreds of homes in danger, crews are using lake water to douse the fire from helicopters and tankers flying above.

Morgan Burns, whose brother-in-law is fighting the fire on the ground, lives nearby.

He said it's terrifying the fire is in his backyard.

Crews are using a similar strategy at the Lowell fire further north.

"We're going to hit it hard with aircraft, ground crews; we want to get that line around it. We have the increased temperatures coming the lower humidity, so we really want to get ahead of this thing," Cal Fire Cpt. Mike Mohler said.

It's been an active fire season in California. Fire officials said crews have responded to about 1,100 more fires than last year at this time, but have been more effective at containing them -- cutting down the acreage burned by about a quarter.

"With conditions so dry, we're hitting it with everything we have," Cal Fire Chief of Public Information Daniel Berlant said.

While some locals are sent packing, at least one is more concerned with alpacas -- more than 100 of them.

Instead of evacuating the animals, Lisa Theis corralled Black Lightning, El Hefe and the rest of the herd into a pen, away from brush that could easily catch fire.

The willow fire has burned over 1500 acres. Right now it is only at five percent containment. Temperatures Tuesday are expected to be in the 90s adding to the already severely dry conditions.