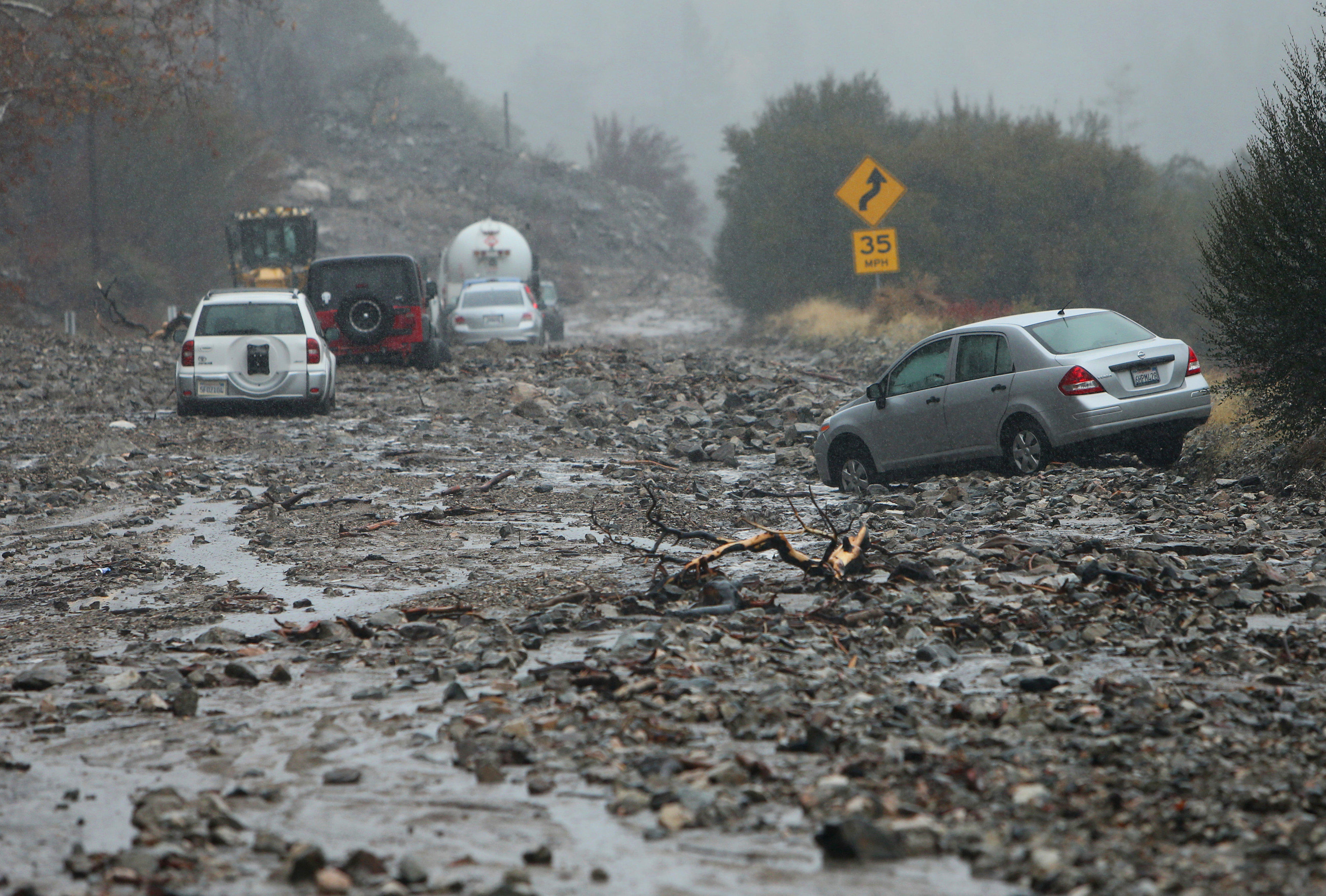 MALIBU, Calif. -- Thousands of people in California were under evacuation orders Friday morning because of rushing floodwaters and mudslides. Some areas were already digging out from the muck and debris.

Residents of the areas hardest hit by the deadly wildfires are the most at risk of having their homes destroyed.

CBS News correspondent Cater Evans said the city of Malibu got a solid day of rain, and more was still on the way in parts of California. That's a big concern in the burn areas. In the mountains around Malibu, there's nothing left on the hillsides to hold the dirt in place.

Once the rain slowed, piles of mud, ash and debris blocked several roads. Highways were slick and there were a lot of accidents. The Malibu area is not used to so much rain all at once.

In Northern California, many people affected by the deadly Camp Fire were forced to evacuate again, this time because of rising flood waters. First responders had to rescue several residents in Butte County.

A Los Angeles firefighter rescued a man clinging to tree in the rushing water of L.A. River. He was later treated  for hypothermia.

Evans said California was due to get a break from the rain on Friday, before it comes back again on Saturday. Fortunately the weekend's weather is not expected to be as strong as this last storm.