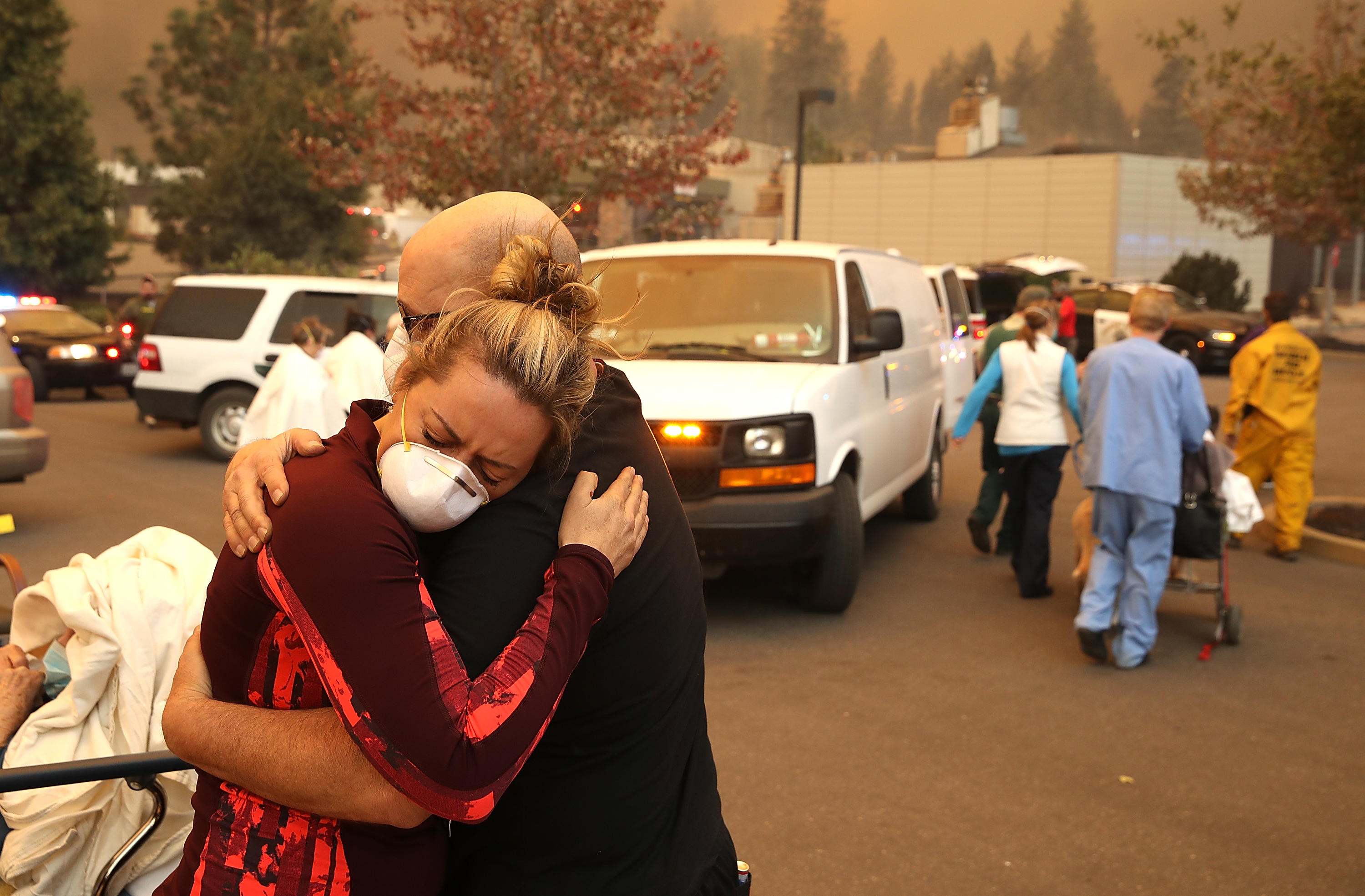 Devastating wildfires have seized California, scorching an entire town and forcing thousands of residents to flee from their homes. At least two major fires are still burning across the state including the Camp Fire north of Sacramento, which is blamed for at least 77 deaths, making it the deadliest fire California has ever seen.

The Woolsey Fire, more than 90 percent contained, threatened thousands of structures northwest of Los Angeles. Statewide there have been a total of 80 deaths.

President Trump approved an emergency disaster declaration which made federal resources available to affected communities, but if you also want to help out here are some ways to do so:

KCBS-TV and KCAL-TV have been gathering funds from across California and beyond. A total of $1.27 million has been raised so far. You can make a donation here.

Airbnb is looking for people who are able to host those displaced by the fires and relief workers in Ventura, Los Angeles, Santa Barbara and San Diego counties through November 29. You can sign up here if you are interested in being a host.

The Salvation Army is working at both ends of the state to provide meals and gift cards to victims of the wildfires. So far, they have provided more than 150,000 meals and over $100,000 worth of gift cards and other needed items. Donate to those affected in Northern California fire here and to help Southern California victims go here.

The IAFF, which represents thousands of firefighters and responders, is accepting donations for its Disaster Relief Fund. The 100-year-old organization uses these funds to help firefighters who are working on the front lines and their families, from financial to emotional support.

GoFundMe has compiled a list of verified GoFundMe campaigns to help victims of the fires. If you can't decide on a campaign or want to help more than one, you can also donate to their Direct Impact Fund, which supports a number of campaigns connected to California fires.