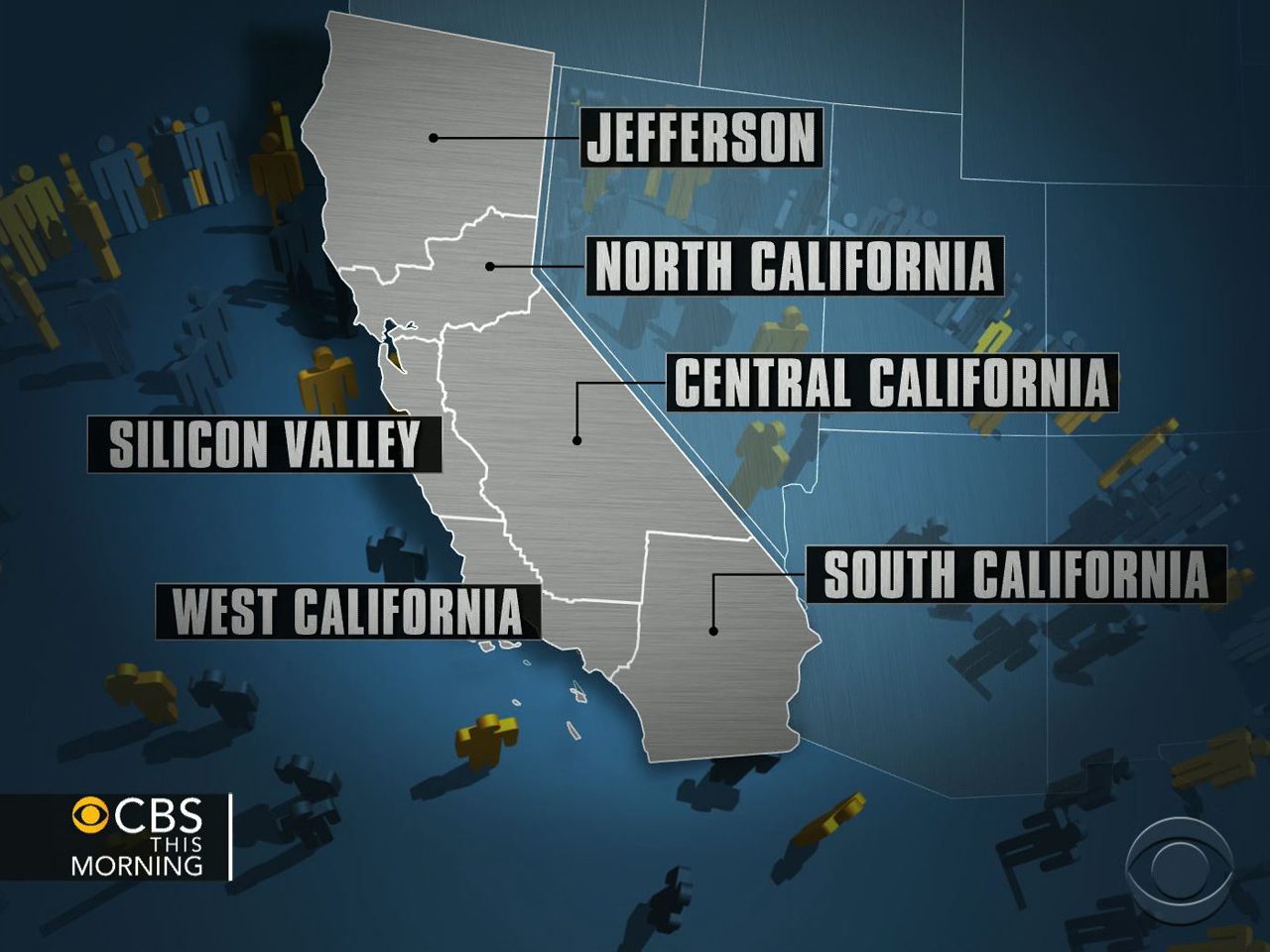 A plan to split California into six different states is one step closer to a vote. California's Secretary of State is allowing a wealthy investor, Tim Draper, to start collecting signatures for his petition.

Draper recently told CBS News' Ben Tracy why he wants to draw the line in so many parts of the West. "Leaving the status quo as it is, is a crime," he said. "It's a crime to all those children and all those grandchildren. It's a crime that we should be ashamed of."

Draper is a billionaire venture capitalist. He made much of his fortune with investments in tech start-ups, such as Skype and Hotmail. Now he wants to cut California down to size.

"California is just too big and too monolithic to manage all 38 million people," he said. "They're trying to be all things to all people, and they are doing nothing for anyone."

California is the world's eighth-largest economy. Farmers in the state's central valley grow one-third of the nation's produce. Hollywood is the entertainment capital of the world, and Silicon Valley is the center of tech.

Draper's plan would create the new states of Jefferson, North California, Central California, and South California. But the majority of the population and wealth would be concentrated in what he calls West California, including Los Angeles, and in the State of Silicon Valley containing San Francisco -- the area where Draper lives.

Tracy remarked to Draper, "The criticism is that you're a rich guy who wants to see his taxes kept local where they benefit you the most."

Draper replied, "I am a rich guy, and I am thinking that I want my government and my taxes to be well invested. I want them to create a great education system for my children and my grandchildren and their children."

There have been past proposals to break up dozens of U.S. states or even turn cities like New York into their own state.

Constitutional law professor Vikram Amar, of the University of California, Davis School of Law, says Draper's California plan is not crazy, but it could create more problems than it solves.

To get his plan on the ballot, Draper needs 807,000 signatures by July. But even if Californians pass it, Congress would have to approve it.