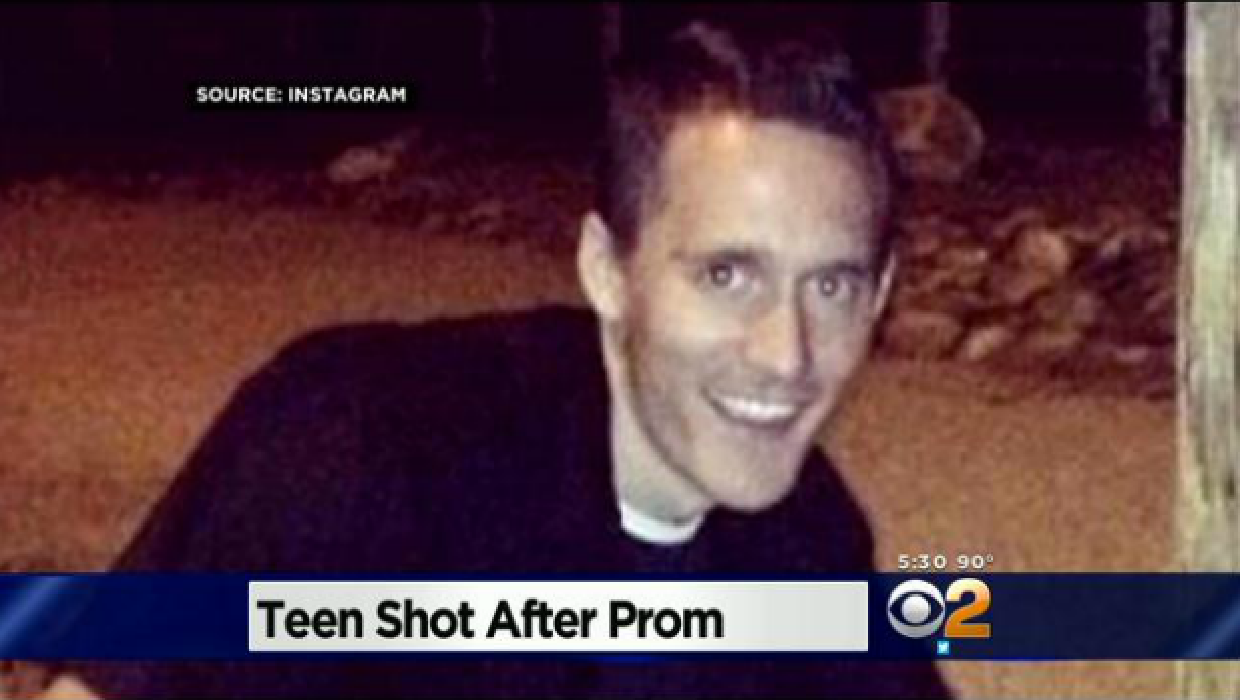 NORTHRIDGE, Calif. - A 19-year-old man was critically injured in a car-to-car shooting after dropping off his girlfriend after prom in Northridge, Calif., reports CBS Los Angeles.

Julian Archer had just left with his date from the Heritage Christian School prom at the Ronald Reagan Presidential Library in Simi Valley when he was shot around 4 a.m. Sunday, according to the station.

Another car pulled up alongside Archer and someone opened fire, according to authorities.

A family friend told the station Archer was hit three times in the shooting about 25 miles northwest of Los Angeles.

A witness who lives nearby, who wished to remain unidentified, said she heard five gunshots.

She said when she looked out the window, she saw the victim's car was on the wrong side of the road and it had crashed into the tree. She then called 911, reports the station.

The principal at Heritage Christian School said Archer had graduated the year before.

"I think Facebook got the word out to the students, you know, pretty quick. So there were a couple students who were pretty close to the student last year and also to his date. His prom date. They're taking it kinda hard," Lance Haliday said.

The private school was quick to point out the teen was shot hours after prom ended.

Haliday said there were no altercations at the prom itself.

"No fights, no problems. It was obviously very shocking to us and we're very saddened to hear about it," he said.