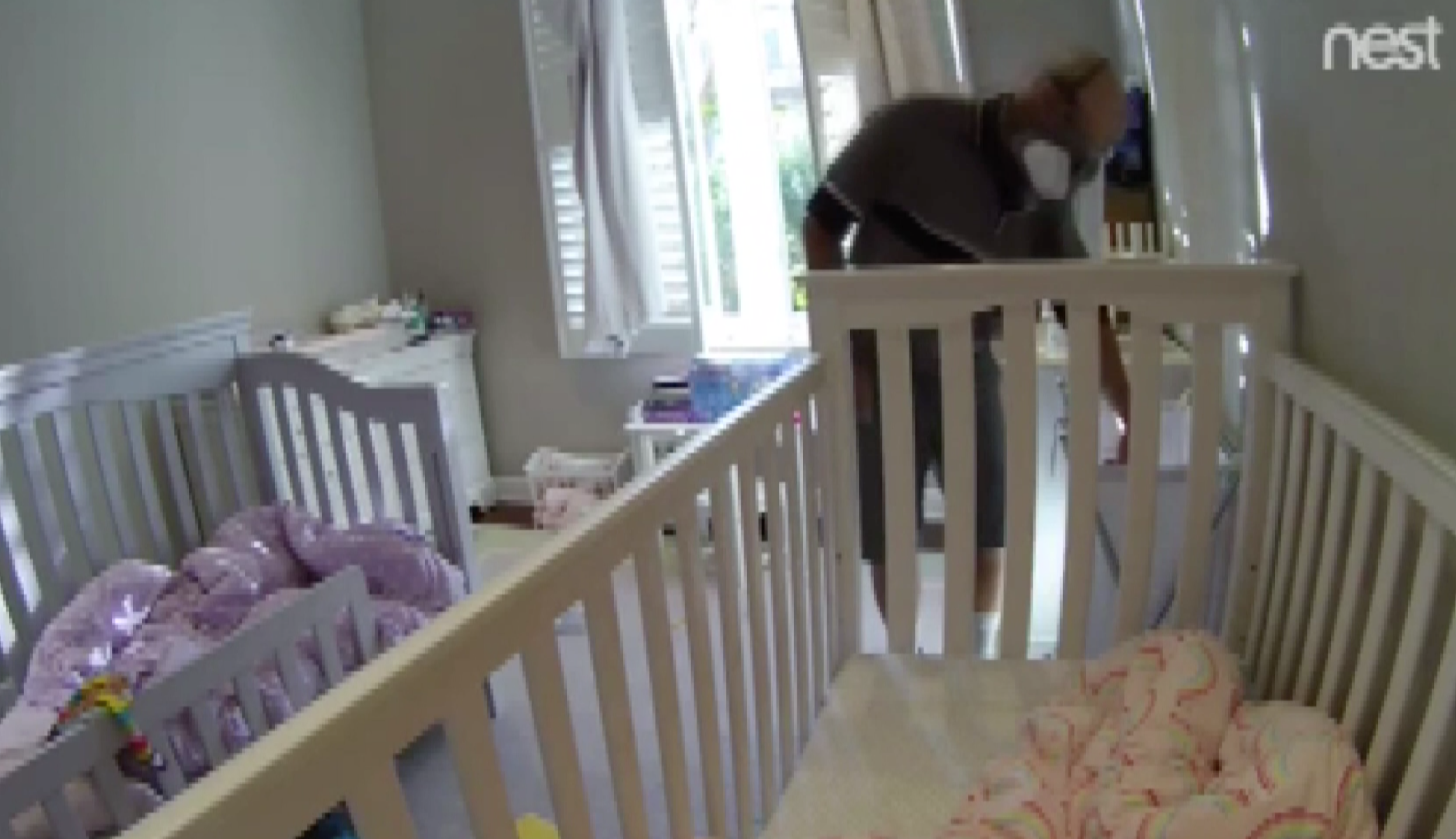 A Playa Vista, California, family has contacted police after a security camera caught a repairman's disturbing behavior in the bedroom of two young girls, CBS Los Angeles reported. The video appears to show the man enter the room, check to see no one is watching, then pick up a pair of the children's underwear and sniff it.

The outraged father, Jason Cooper, told CBS Los Angeles Thursday he was appalled after what a floor repairman was seen doing with his kids' clothes.

"I was enraged when I saw this video" said Cooper, who hired the individual to fix damaged floors in his home.

The footage was captured by a Nest camera which sits above his 3-year-old daughter's crib. The man is seen walking around the bedroom, going over to the hamper and peeking inside. He then reaches in, touching the clothes and pulling out a pair of underwear.

"And he's sniffing or licking, doing something disgusting with my either 5-year-old or 3-year-old's underwear," Cooper told the station.

The man goes back again several times and in one instance, appears to pocket the girl's underwear before leaving.

After seeing the video, Cooper said he filed a police report and confronted him by phone. The man gasped when Cooper told him he had been recorded.

"And I didn't let him speak to me," Cooper said. "I didn't want to hear what he had to say.  He knew what he had done, he knew I had video of it. I want to make sure he can't do this to another family, and to another 5-year-old or another 3-year-old."

CBS Los Angeles tried reached out to the man in the video, but did not get a comment back.