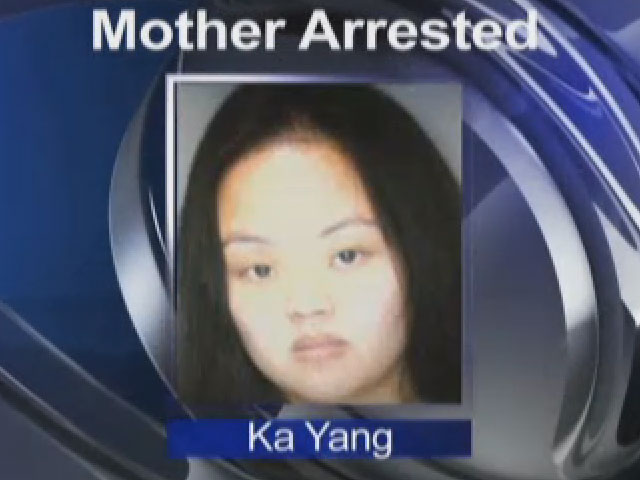 SACRAMENTO, Calif. -- A 34-year-old California mother was sentenced to life in prison in the microwave oven death of her 1-month-old daughter.

She was convicted of first-degree murder and assault for putting Mirabelle Thao-Lo in the microwave for up to five minutes in 2011. Prosecutors say the child had fatal thermal injuries.

Investigators found the infant's pacifier in the microwave at their Sacramento-area home.

Yang's attorney says her client had an epileptic seizure and didn't know what she was doing.

She has a history of seizures, but paramedics say she wasn't disoriented when they arrived.

She told investigators she blacked out and awoke to find the baby injured next to a space heater.

Yang has three other children.