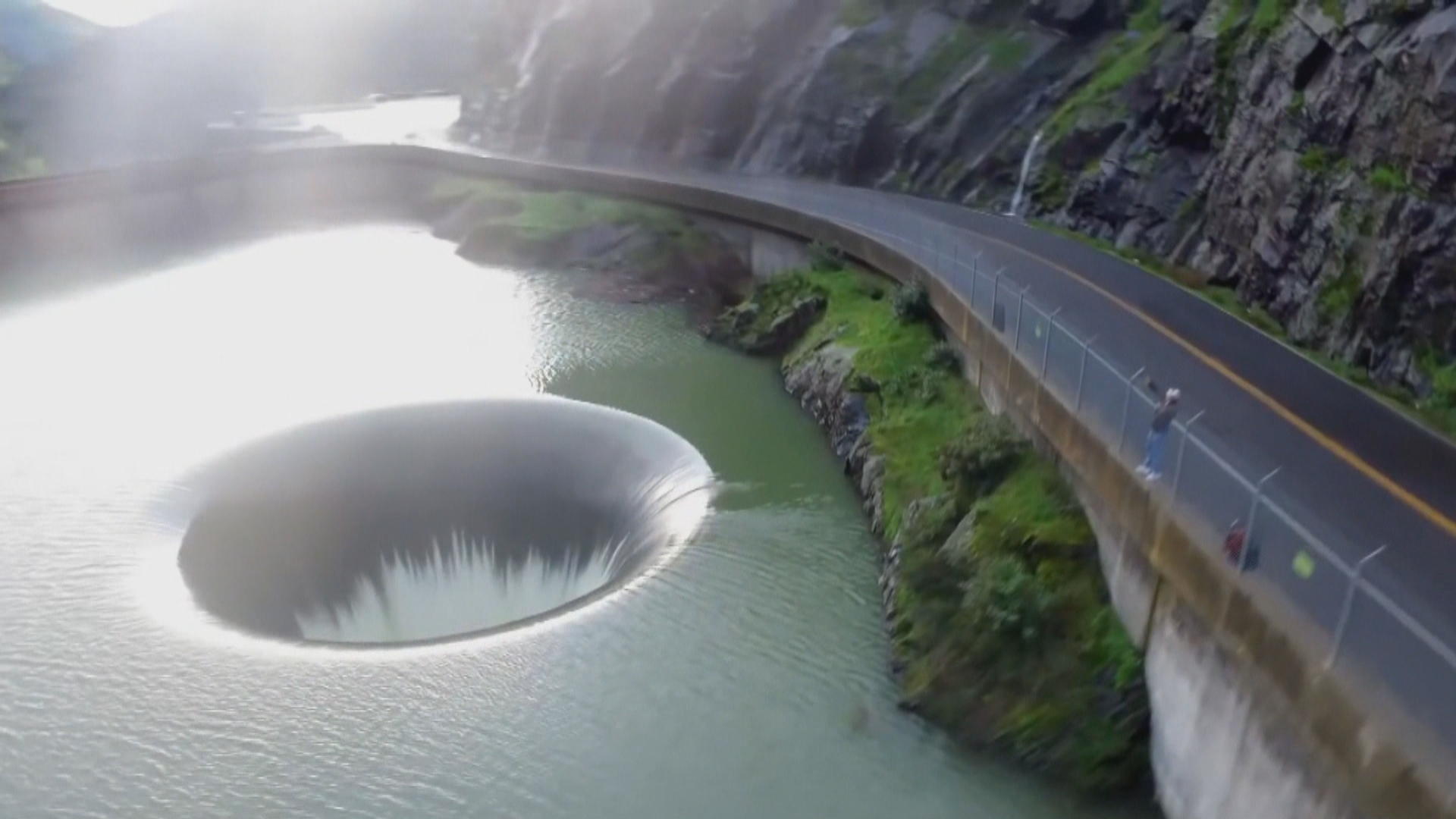 “Back in October, we were essentially half-full,” said Roland Sanford, general manager of the Solano County Water Agency. “This is the first time that the lake has been so low, and filled-up and spilled in one year.”

What looks calm at the top of the “Morning Glory Spillway” looks like a raging torrent at the bottom.

The spillway is located 200 feet from the Monticello Dam. It is shaped like a funnel, 72-feet wide at its lip and narrowing to 28 feet at an outlet down at the Putah Creek. When water in the lake rises to more than 440 feet above sea level, it spills over the lip of a funnel and pours into the creek 700 feet below.

When the reservoir reaches capacity, this spillway can take in about 48,000 cubic feet of water per second. That’s the equivalent of draining half of an Olympic sized pool in one second.

The drain during California’s drought was so dry that it became an unofficial skateboard park. But water started trickling in on Friday. Now it’s become a bit of a tourist destination. You might say, a hole-y pilgrimage.

The spillway could keep flowing for the next couple of months.