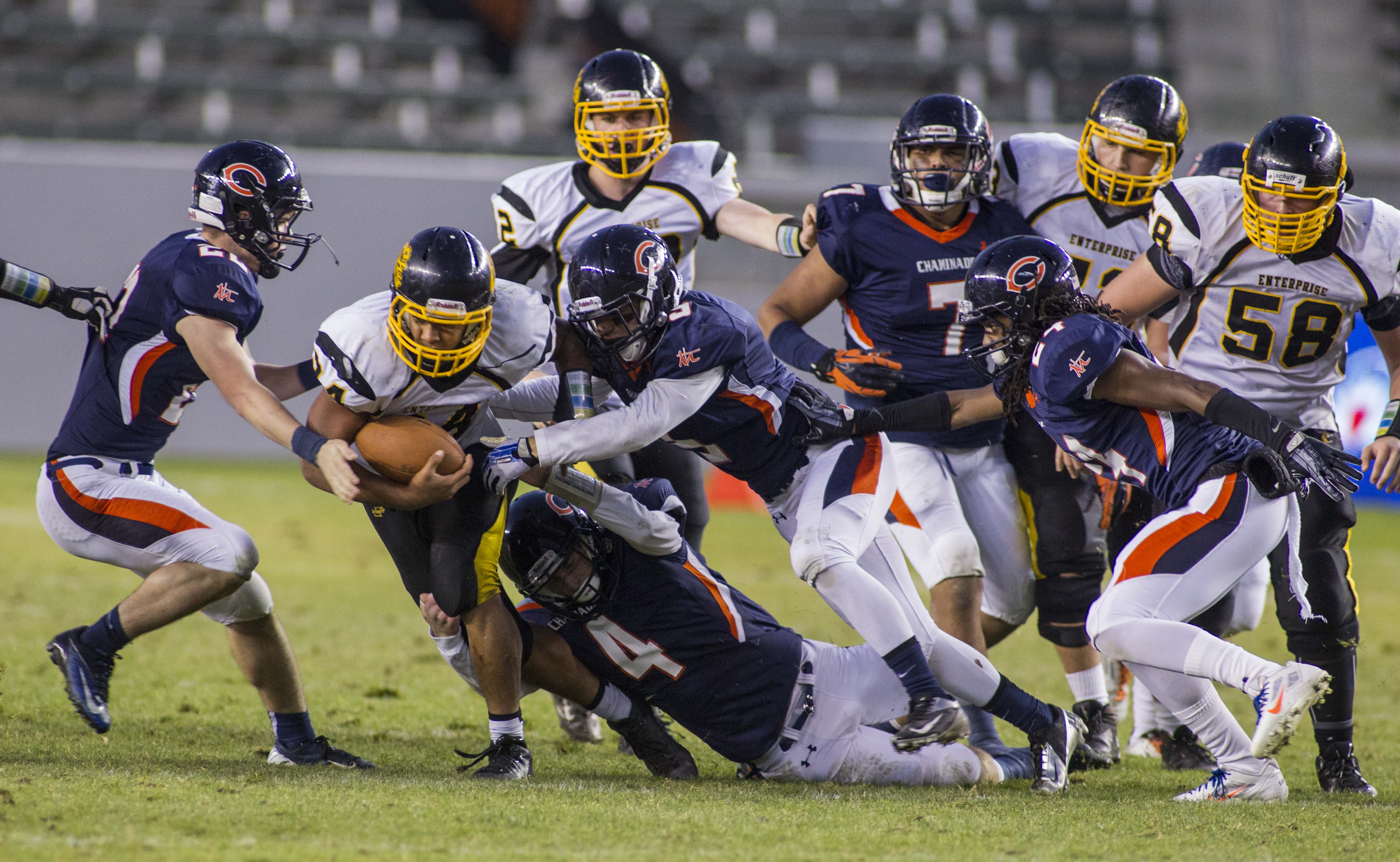 SACRAMENTO, Calif. -- Gov. Jerry Brown announced Monday that he has signed a bill limiting full-contact football practices at middle and high schools in response to concerns about concussions, even as many teams already comply with the rules.

Brown approved the bill, AB 2127, with the support of medical groups and the California Interscholastic Federation, which oversees California high school athletics.

Assemblyman Ken Cooley, D-Rancho Cordova, said his bill is motivated by parents worried about the risks associated with concussions, which include long-term brain damage and early onset dementia.

Under the legislation taking effect in 2015, drills involving game-speed tackling are prohibited in the offseason. They are limited to 90-minute sessions twice a week the rest of the year. The rules apply to public, private and charter schools.

"There's really not a big uproar about this because it really is nothing new for our coaches," said Brian Seymour, a senior director with the California Interscholastic Federation.

His organization has also addressed concussion risks by limiting total practice time to 18 hours per week. At the college level, the Ivy League and Pac-12 Conference have reduced full-contact practice to cut down on head injuries.

Some lawmakers questioned whether the issue merits state regulation and whether the proposal puts students at a competitive disadvantage when competing against students in other states.

Cooley notes that Texas, the setting of the "Friday Night Lights" book and TV series, has even stricter rules by allowing only one 90-minute full-contact session a week.

In March, the NFL announced it is spending $45 million to support youth football and protect kids from concussions. The Heads Up program features football camps to teach moms the fundamentals, with the hope that they will encourage their kids to use proper tackling technique.

Earlier this month, CBS Los Angeles reported that a high school football player in Burbank, California was rushed to a hospital after a scrimmage game on the field without pads. A scan revealed Max Haddad, 17, had bleeding on his brain.