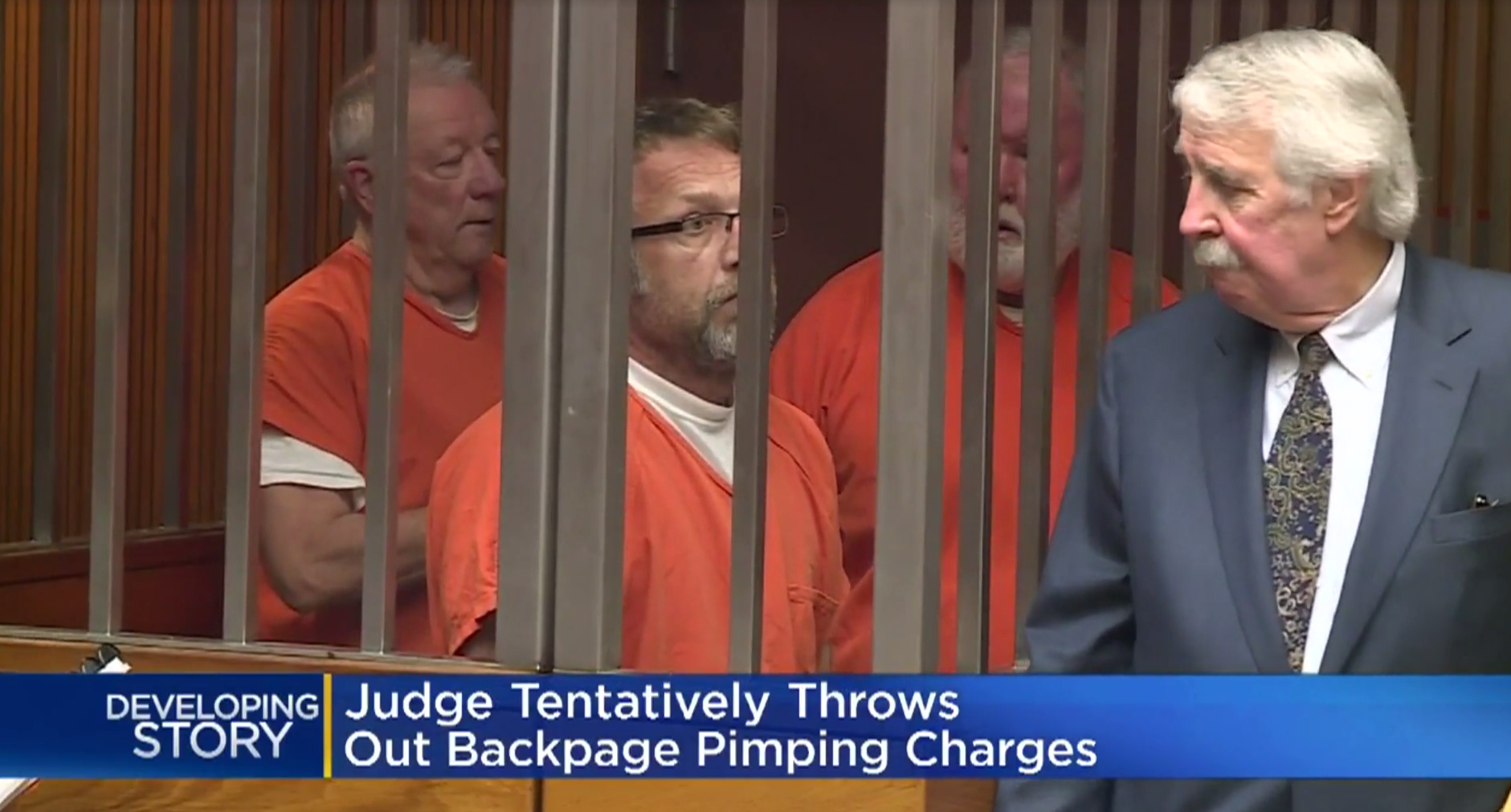 SACRAMENTO, Calif. -- A California judge tentatively rejected pimping charges Wednesday against the operators of a major international website that advertises escort services and was called the “world’s top online brothel” by the state attorney general, but gave both sides more time to submit briefs before issuing a final ruling next month.

At a hearing later Wednesday, the judge declined to make his ruling final, instead giving both parties more time to argue their positions. Bowman said he would issue a ruling by Dec. 9.

The men were charged by California Attorney General Kamala Harris, who referred to Backpage.com as an online brothel.

The judge, however, said Harris lacked authority to bring the charges because the federal Communications Decency Act, as a way of promoting free speech, grants immunity to website operators for content posted by users.

“Congress has spoken on this matter and it is for Congress, not this court, to revisit,” Bowman wrote in his seven-page tentative ruling, emphasizing the sentence in bold type.

Ferrer was arrested Oct. 6 at Houston’s Bush Intercontinental Airport, having arrived from Amsterdam after his Dallas headquarters was raided.

Lacey and Larkin are the former owners of the Village Voice in New York City.

Harris, a Democrat who was elected to the U.S. Senate last week, alleged that more than 90 percent of Backpage revenue -- millions of dollars each month -- comes from adult escort ads that use coded language and nearly nude photos to offer sex for money.

That’s not enough for criminal charges against the operators of the site, Bowman decided:

“The victimization resulted from the third party’s placement of the ad, not because (of) Backpage profiting from the ad placement,” he wrote.

The company and its operators have previously prevailed in four other legal actions, defense attorneys said previously.

Bowman cited several of those cases in his ruling, including a decision by a federal judge to reject a lawsuit by women who said they were trafficked through ads on Backpage.com beginning at age 15 and that Backpage profited from their victimization.

That dismissal was upheld by a federal appeals court.

The Washington state Supreme Court last year allowed a civil lawsuit by three minors to proceed. Their attorneys said they were in the seventh and ninth grades when professional sex traffickers used Backpage to sell them as prostitutes.

Bowman said in his ruling Wednesday that the California attorney general’s complaint did not include enough allegations to support a similar ruling.

In September, the U.S. Supreme Court refused to block a subpoena from a U.S. Senate committee seeking information on how Backpage screens the ads for possible sex trafficking. The U.S. Senate voted 96-0 in March to hold the website in contempt for failing to provide the information.