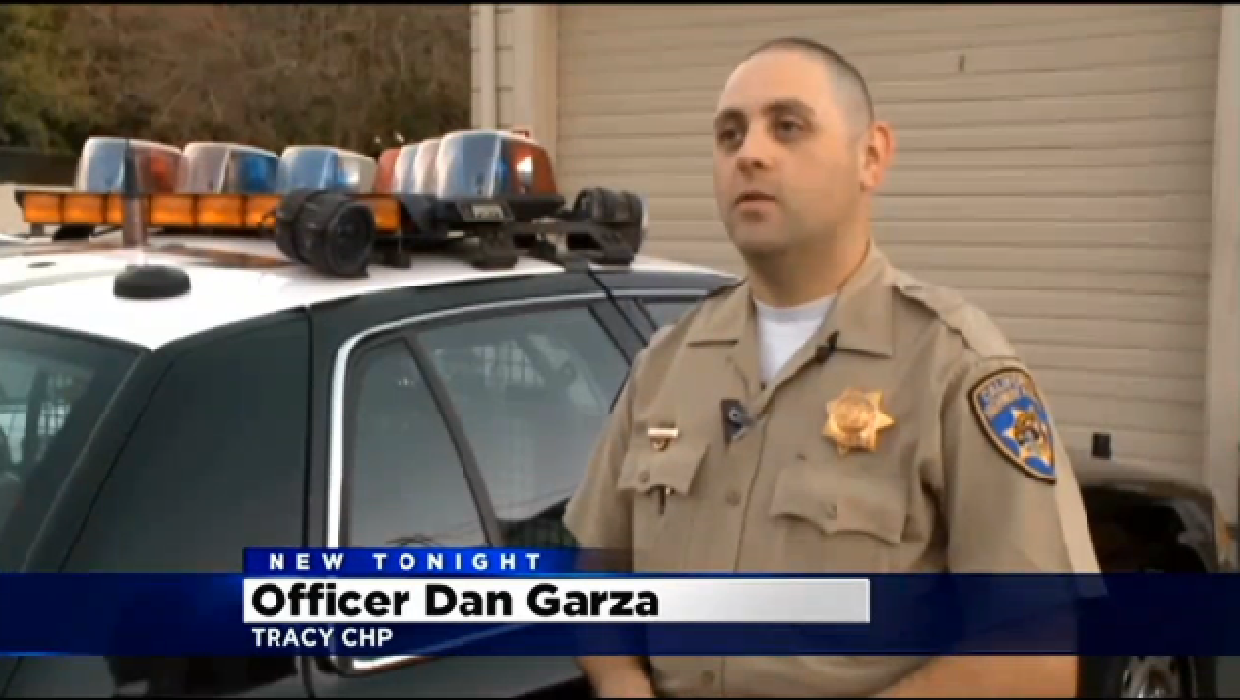 TRACY, Calif. - A California Highway Patrol officer is to be honored for saving a motorist from a life-threatening attack -- by ants -- reports CBS Sacramento.

"It ranks up there with the craziest ones," the officer, Dan Garza, told the station. "This is a first for me."

While on patrol on westbound Interstate 580, Garza came upon a Southern California man who was passing through the city of Tracy in the state's central valley, while on vacation with his family. Didrick Johnck had a blown-out tire and asked the officer to stick around on the shoulder and give him a little light.

But where Johnck was kneeling to fix the tire happened to be the territory of some very angry ants, reports the station.

"He came back to my patrol car and said, 'Hey officer, I'm sorry this is taking so long, but there's ants over here (and) they're crawling up my leg,'" Garza recounted.

What seemed like a minor inconvenience on that June night nearly turned deadly.

"I saw him on the ground reaching out toward my patrol car," Garza told CBS Sacramento.

He says Johnck was crawling toward his patrol car, gasping for air.

"And I could see his eyes were glossed over and red, and at that moment I knew something wasn't right," Garza added.

The officer grabbed his first-aid kit for an oxygen mask to keep the man breathing after he passed out.

It turns out,Johnck had been bitten by fire ants about 100 times. He also happened to have an extremely rare allergic reaction and went into anaphylactic shock, according to the station.

Weeks later, Garza got an emotional phone call from the grateful motorist, who had fully recovered.

"He was thanking me for being there and saving his life, and said if I hadn't been there, he probably would've died," Garza told the station.

Johnck, who is currently in Asia, wasn't available to talk to CBS Sacramento. He told Garza he's been all over the world for his work as a photographer and been bitten by many insects, but none gave him the reaction he had that night.