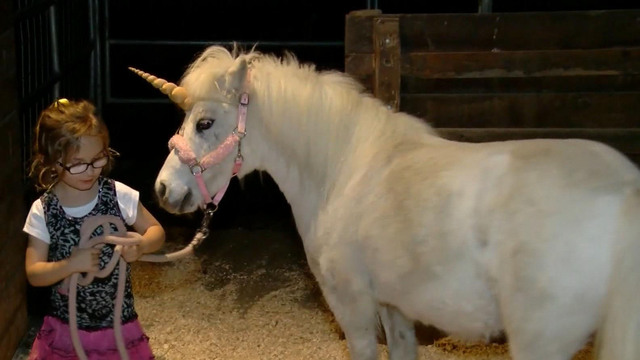 Officers were called out when the less-than-mythological white pony with a fake horn escaped twice from a children's birthday party. It was captured shortly after its first escape, but it darted out on the road again at around 5:30 p.m.

A Madera resident with another horse on her property helped officers approach and finally capture it.

CHP officers were concerned the roughly 500-pound animal's size would do serious damage to a vehicle that hit it, possibly resulting in the death of anyone inside, or if a vehicle swerved off the road to avoid it.

No citations were issued.