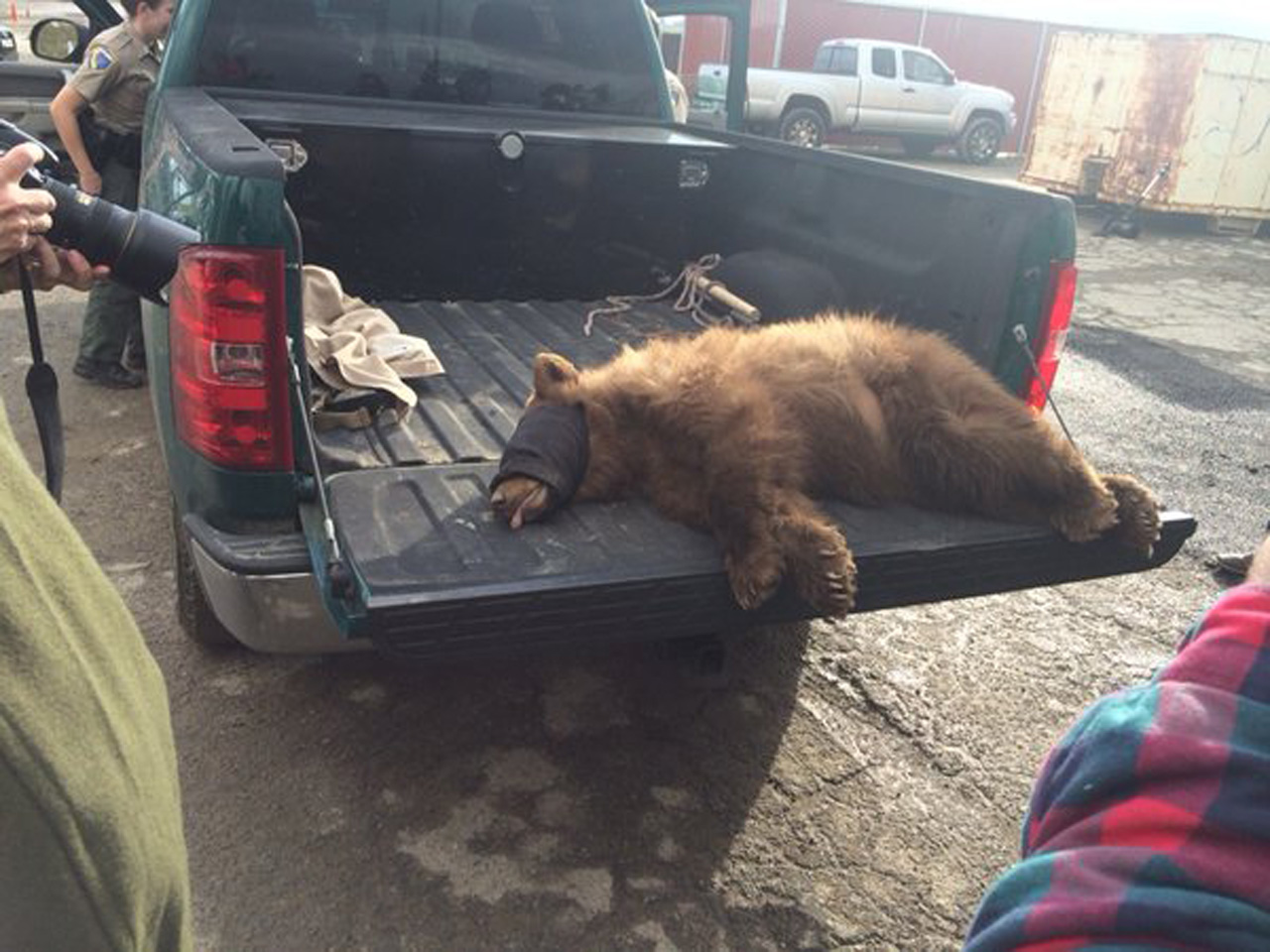 FRESNO, Calif. -- A black mountain bear took a ride of its life about 65 miles on a trash truck to a dump site where it escaped and ran free for a short time.

The bear, known to Hume Lake locals as Cinnamon, was eventually captured by Fresno police and California Department of Fish and Wildlife authorities, who tranquilized the wild animal and captured it. Neither the bear nor any humans were injured.

The driver was not aware that the bear had crawled into the compactor and was either sleeping inside or rifling through the trash.

"About halfway down the mountains my truck is going from side to side and I'm thinking it's the road. Not knowing. I have a bear in my compactor," the driver told CBS affiliate KGPE.

On Tuesday afternoon, patrol officers were dispatched to a disposal site in Fresno regarding a large bear running loose at the site. Turns out, the bear had crawled into a trash compactor that was picked up by a disposal truck in the Hume Lake area earlier Tuesday.

It was the driver's coworkers who discovered the black bear, KGPE reports. "When I dumped the container, I saw all of the employees running. Not knowing, I pulled forward about ten feet, and I saw Cinnamon running across the parking lot," the driver said.

The bear was tranquilized and is being returned to Hume Lake.

"He's a local down there. One of the local bears," Catherine Cornell, a leader at Grant Grove Village told KGPE. "I'm sure everyone in the community is happy that Cinnamon is back."