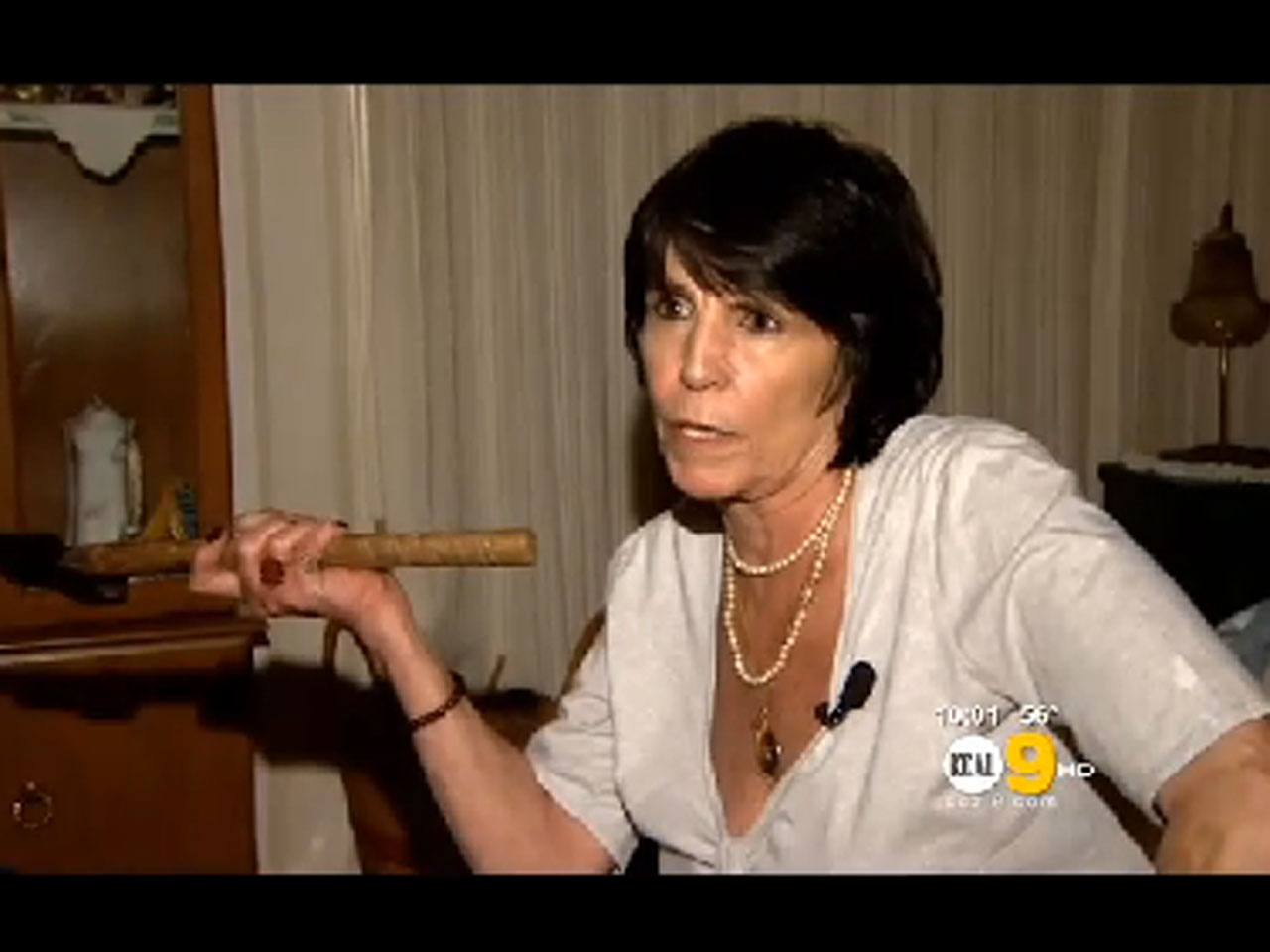 (CBS) HEMET, Calif. - A California woman who awoke to find a burglar at her bedside Saturday turned the tables on the intruder by brandishing an ax, reports CBS Los Angeles.

Robyn Irvine, of Hemet, told the station that she was asleep in bed with her cat when she heard a clicking sound and awoke to feel a stranger trying to remove the watch from her wrist.

"He was kneeled down right here face-to-face with me," Irvine said.

The former ax-throwing competitor grabbed the weapon she keeps by her side at all times.

"He froze at first. I shocked him with my voice and then he took off. There was no way I could've caught him but I could've thrown it," said Irvine, adding that she could have paralyzed the suspect by striking him in the spine.

Hemet police arrested 22-year-old Nicholas Uolla on suspicion of burglary and said they found several items in his possession belonging to Irvine, reports the station.

According to Irvine, two people were in her home rummaging through her things, including her parents' urns and food in the kitchen.

"They had sandwiches, they had soda," Irvine said.

Irvine does not know the intruder but said her daughter does, according to the station.

Irvine has reportedly been the victim of attempted burglaries in the past, but said this was the first time burglars actually entered her home.

She has since boarded up her front door and warns burglars that next time could be their last.

"If you're in my house, you're not walking out," she said.