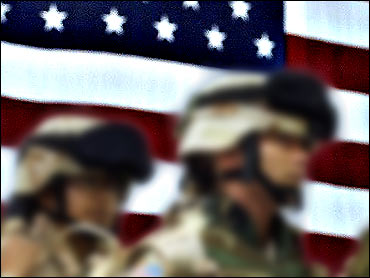 Arcata - a town known for taking a stand against the USA Patriot Act and repeatedly passing symbolic measures to impeach President George W. Bush - approved in November an ordinance that would limit Armed Forces recruiters' ability to contact people under 18. And so did nearby Eureka, the Humboldt County seat.

The Department of Justice took the towns to court in December over their Youth Protection Acts, alleging they were attempting to interfere with the government's ability to raise an army and protect the country. The department has said the ordinances are believed to be the only ones in the country with such blanket restrictions.

A federal judge is expected to rule on the case in coming days.

"We fully expected a challenge, and we got it," said David Meserve, 60, a builder of environmentally friendly homes and former Arcata City Council member who spearheaded the measure. "But more importantly, people are becoming aware there is a problem - and the problem is the recruiting of minors."

Although people must be 18 to enlist - or 17 with parental permission - recruiting manuals cited in the cities' court filings show that contact with much younger children is encouraged.

"You will find that establishing trust and credibility with students, even seventh- and eighth-graders, can positively impact your high school and post-secondary school recruiting effort," reads The Recruiter Handbook, published in 2008 by the United States Army Recruiting Command.

The push to reach the young makes sense. A 2007 Department of Defense study found that at 16 years old, more than 25 percent of students considered joining the Armed Forces. By the time they were 21, only 15 percent considered joining.

Towns and high school campuses around the country have tried to thwart the military's access to their underage students. Berkeley declared that recruiters positioned within view of its high school were "unwelcome intruders." San Francisco school board members moved to rid public schools of Junior Reserve Officers' Training Corps but this week restored the program.

Counter-recruiters across the country have sought to inform students of their perspective on military service in times of war. They also tell parents how to opt out of having their child's contact information released to recruiters - a requirement for schools receiving federal funds under the No Child Left Behind Act.

Allen Weiner, a senior lecturer in law at Stanford Law School, said he knows of no other cities besides Arcata and Eureka that have passed ordinances banning military officials within their boundaries from initiating contact with minors with the intent of attracting them to any branch of the military.

The law is clear, Weiner said, that recruitment is under the purview of the federal government.

"As a legal fight, it's pretty clear to me who wins," he said.

Department of Justice officials did not respond to calls for comment. But in written arguments, government attorneys said the local measures violate the Supremacy Clause of the United States Constitution, which establishes the Constitution, federal statutes and treaties as the supreme law of the land.

"State and local governments lack the power to regulate the activities of the federal government," said their motion to block the ordinances. "Even apart from this obvious constitutional flaw, the ordinances purport to legislate in a field that is committed to the sole discretion of the United States, namely, the Congressional power to raise armies."

Meserve said he took up the fight one morning while sitting in a coffee shop and overhearing a National Guard recruiter giving three high school girls a hard sell. The sharply dressed young man bought them fancy coffee drinks and pitched the career opportunities, the scholarships, the camaraderie, while assuring them there was virtually no chance they would end up in a war zone, Meserve said.

This was in 2005, when members of the National Guard were regularly being sent to Iraq, he said.

He found a supporter in Brad Yamauchi, an attorney working pro bono on the case.

The lawyer argues the ordinances prevent abuses without interfering with the federal government's ability to fill the ranks of the military. Anyone, independent of age, can still reach out to the military, he said, and recruiters are free to contact adults.

"If they don't contact minors, they can still meet their goals," Yamauchi said. "We believe there are limits to the federal power to recruit children."