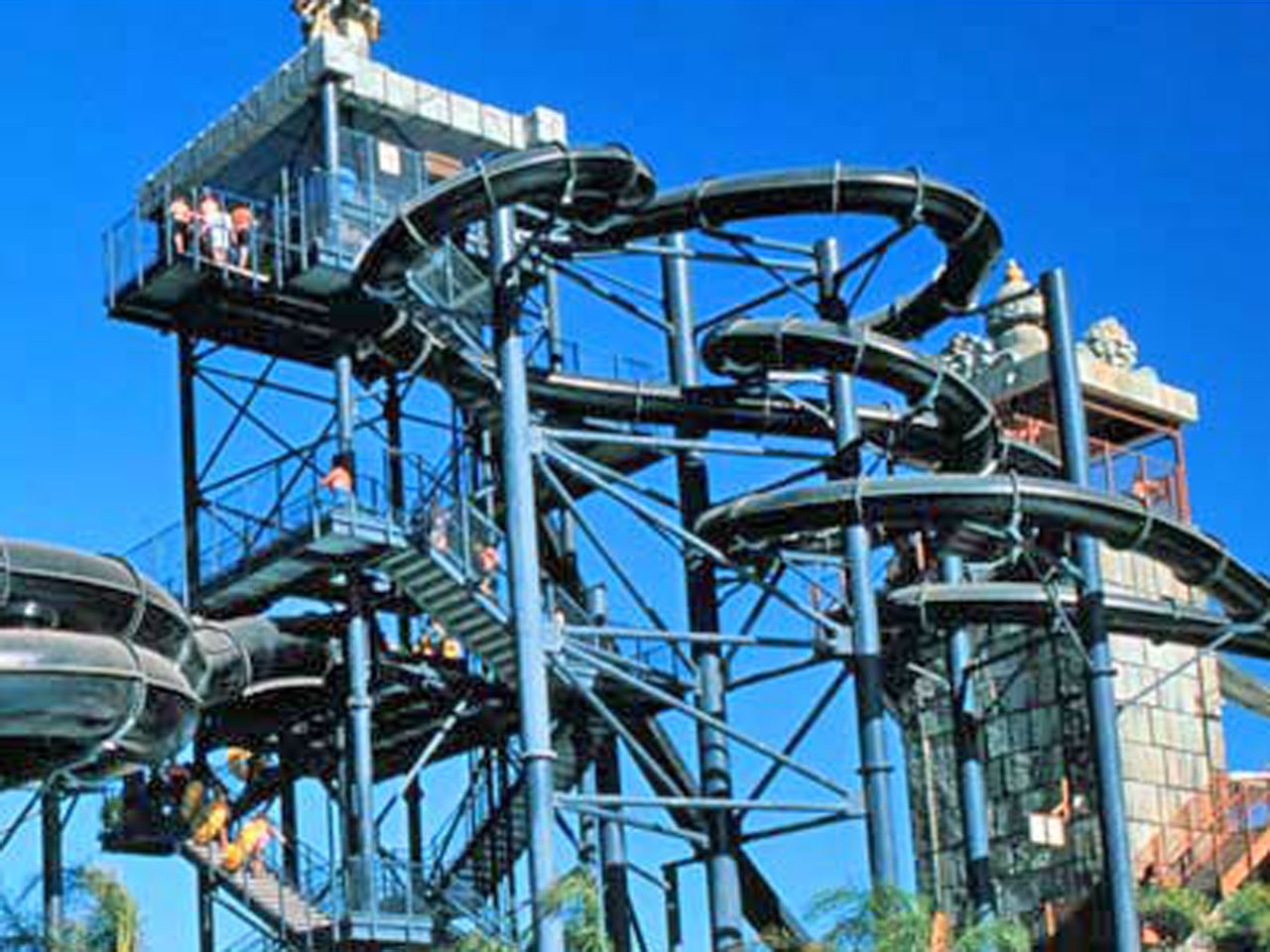 VALENCIA, Calif. A man who fell off the tallest enclosed water slide in California has "miraculously" survived with no broken bones or internal injuries, according to the L.A. County Sheriff's department.

CBS station KCBS-TV in Los Angeles reported that an unidentified 19-year-old man was rushed to the hospital after falling off the Venom Drop at Six Flags Hurricane Harbor. The 75-foot tall water slide is one of the three slides at Black Snake Summit, and allows riders to "take a virtually vertical plunge, almost 90 degrees to the ground," according to the official description. The man was about halfway down the slide when he fell off and hit the concrete, Six Flags spokesperson Sue Carpenter said.

According to Carpenter, the man was not cleared by lifeguards to go down the slide and went down head first. Riders are told to go down the Venom Drop feet first and with their arms crossed on their chest.

"Everyone in line for the ride saw the fall take place," Robert Shank, a witness who saw the fall, told KCBS-TV. "The guy was going down head first. He was taking a chance."

Another witness told KTLA that there was a loud thud when the victim hit the ground.

Portions of the park were closed while officials investigated the incident. The park is now officially closed for the season as of Oct. 1 and will reopen May 25, 2013.